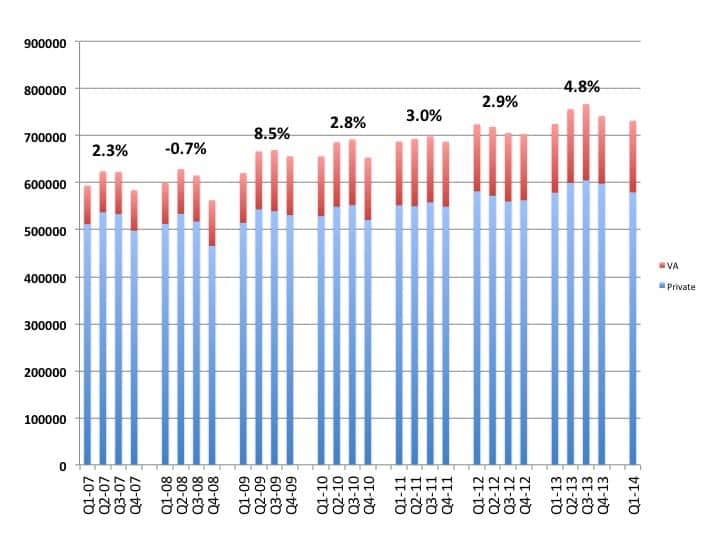 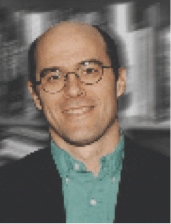 US hearing aid unit sales in the first quarter of 2014 increased by less than a percentage point (0.95%) for the total market, and by only one-tenth of a percent (0.12%) for the commercial (non-VA) sector compared to the same period last year, according to statistics compiled by the Hearing Industries Association (HIA), Washington, DC. The Department of Veterans Affairs (VA), which accounts for one-fifth (20.7%) of all US hearing aids dispensed, experienced a 4.2% increase in unit volume.

Last year, the commercial sector saw sales dip by a half-percent (-0.51%) in the first quarter, followed by fairly strong unit gains of 5% to 8% in the last three quarters of 2013. Thus, the tiny percentage gain seen in Q1 2014 might be viewed as a cooling off from the better-than-average sales experienced during 2013. However, as with almost every sales and economic indicator for the first quarter, it should be noted that incredibly harsh weather (and high heating bills) throughout much of the United States could have played a substantial role. 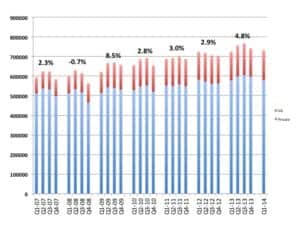 Receiver-in-the-canal/ear (RIC/RITE) hearing aids continued to trend upward in usage, accounting for nearly 58.9% of all hearing aids sold in the commercial sector during the first quarter—up from 51.0% during the same period last year. Almost 4 out of every 5 hearing aids (78.5%) dispensed by the commercial sector were behind-the-ear (BTE) type aids. Similarly, just under three-quarters (71.8%) of the units dispensed by the VA were BTEs, with RICs accounting for 48.3% of the VA’s total units.

For the total market (commercial + VA), RICs made up 56.7% and BTEs made up 77.1% of all units dispensed. Wireless technology was incorporated in about 4 of 5 hearing aids dispensed (79.6%) in the first quarter, an increase of 14.9% over the same period last year. Again, the popularity of RIC instruments was mostly responsible for the trend: 91.7% of all these aids offered wireless features. 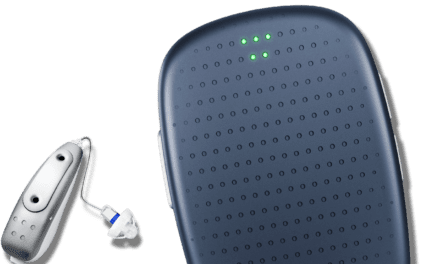 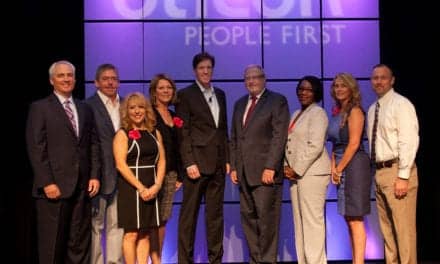