A Moisture Resistant Switch for Improving the Robustness of BTEs

In a survey of close to 2500 hearing aid owners, 56% indicated that greater robustness in hearing aid design (“Should not break down as much”) would be desirable or highly desirable.1 More than 1 in 4 of the 22-million non-owners of hearing aids with a self-admitted hearing loss in the US believe that hearing aids often breakdown.2

In a survey designed to study why people don’t purchase hearing aids,3 4-million non-owners indicated that the “breakable” nature of the product was either “somewhat” or a “definite” reason why they have not purchased hearing aids. Previous Knowles research4-6 has determined that improvements in components (eg, receiver shock, cerumen management, and receiver vibration) can have a significant impact on component reliability and hearing aid robustness.

BTE Switches and Reliability
One vulnerable component is the switch on a behind-the-ear (BTE) hearing instrument. Since the hearing instrument is placed on the ear, it is highly susceptible to perspiration and other contaminants (eg, dandruff, hair spray, etc). Electrical contact contamination/corrosion is a leading cause of failures among switches, especially in BTE instruments where the switch is not completely enclosed within the BTE shell. To alleviate this weakness, the switch should be able to withstand moisture intrusion and continue to perform reliably.

In response to this need, a 2-pole triple-throw toggle switch for BTE applications has been developed by Deltek using a sealed switch element (Figure 1). Focusing on an existing widely used BTE toggle switch, the company’s research and design team, working closely with hearing instrument manufacturers, evaluated different design solutions to prevent the exposure of the switch’s critical components to moisture and/or contamination. Laboratory research demonstrated that sealing the switch element provided the greatest protection.

The Model 2700 incorporates a completely sealed switch element made up of several “layers’ including a conductive layer and spacing layers completely sealed between polyimide layers. To incorporate this sealed switch, a pre-molded lead frame was developed that is precision-soldered to the switch element. It is dimensionally identical to existing older technology and therefore an easy replacement, In addition the new switch provides for customer design flexibility in mounting, because the leads can be formed into a horizontal position or remain straight.

To prove the benefits of this new design, Deltek retained the services of an independent testing laboratory to subject the new switch and a switch currently in use to accelerated environmental tests as a means of simulating long-term impact of perspiration and contaminants on switch failure.

Test Methods
A representative sample of 40 Deltek 2700 switches (test switches) and 43 switches with standard technology (competitive switches) were subjected to accelerated environmental testing by Trace Laboratories, an independent testing laboratory located in Palatine, Illinois.7 Prior to environmental testing, all of the test units were subjected to 8,000 cycles to represent normal operational wear and tear of the unit in the field. The switches were then exposed to salt fog testing in a salt fog chamber in accordance with EIA-364-26B and ASTM-B-117-97 test standards. Salt fog is often used to replicate hearing aid exposure to real world perspiration, as well as exposure to salt water contamination (eg, during boating, at a beach, etc).

The samples were tested so that uniform exposure was ensured for all switches. The chamber was filled with a fog that was made up of a solution of 5% by weight salt and 95% of weight distilled or deionized water. The temperature and humidity of the test tank was maintained at constant levels according to the designated specification. The samples were exposed to the continuous fog of saltwater solution (per ASTM B-117-97 test) for a total duration of 48 hours. After the 48-hour exposure, the samples were removed from the chamber and allowed to dry at laboratory ambient conditions.

Prior to the fog chamber test, resistance was measured across the end terminals, as close to the insulator body of each switch as possible using a Hewlett-Packard digital multimeter. The samples were wired in such as manner that a test voltage of 1.5 V (direct current) could be applied with a test current of up to 250 milliamps (mA, direct current) flowing through each sample. Upon completion of the salt fog test, the resistance of each switch was again measured. All pre and post measurements were recorded in milliohms (m

). In the hearing industry, it is generally agreed that a switch is considered within specifications if switch resistance is 150 m

After evaluating the post resistance score, each switch was classified as within specification, out of specification, or as a catastrophic failure (eg, the switch was at infinite resistance and, for all practical purposes, was completely inoperable, meaning the hearing aid would not function properly, if at all). Since some switches exhibited catastrophic failure as a result of the salt fog test, we determined that an assignment of a 500 m

resistance to these failures was an acceptable, though conservative, post measurement. The assignment of a post resistance score on each switch was necessary to calculate the change in switch resistance due to inclement environments.

Figure 2. Impact of salt fog on competitive and test switch.

Figure 3. Example of catastrophic post-test failure due to salt fog environmental test and abnormal wear and tear. An older technology switch shows excessive wear after 8,000 initial cycles and exposure to 48 hours of salt fog chamber testing. Corrosion is beginning to form in the deep grooves of the contact pads. This particular pad was under continual power during testing. Also of note is the change in color of lube. Metal shavings from the contact pads and wiper have contaminated the lube. This can present an insulation resistance failure condition.

A second method for evaluating the switches in adverse environments is to evaluate changes in resistance due to the salt fog test (Figure 4). Competitive switches exhibited an average change of 172.5 m 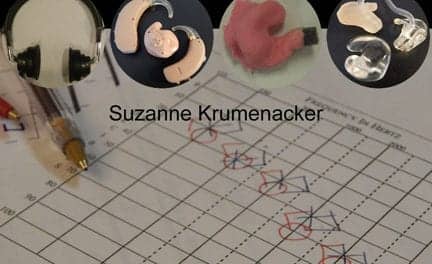