Researchers previously funded by the American Hearing Research Foundation are getting closer to developing a blend of antioxidant vitamins that could treat and prevent acute noise-induced hearing loss.

Exposure to loud sounds or noise can lead to noise-induced hearing loss (NIHL) by damaging and/or destroying the inner ear’s sensory hair cells. Scientists believed that NIHL damaged the hair cells by the pure force of the loud sound vibrations.

In that case, the only NIHL prevention was to reduce the sound exposure and/or use ear protectors. Recent studies have found noise exposure triggers the formation of molecules (free radicals) known to cause hair cell death. Scientists may be able to be dampen or prevent NIHL by using antioxidants that scavenge free radicals. Antioxidants, however, were thought to prevent noise-induced cell death only when given prior to the noise exposure.

Recently, scientists supported by the National Institute on Deafness and Other Communication Disorders,  have demonstrated that antioxidants, salicylate (aspirin) and Trolox (vitamin E), could be administered as much as 3 days after noise exposure and still significantly reduce hearing loss. In this study, guinea pigs were exposed to noise at 120dB (equivalent to the noise level of a jet engine) for 5 hours and given antioxidants by injection from 3 days prior to 5 days after the noise exposure. The study showed that earlier treatment was more effective than delayed treatment. Aspirin and Vitamin E administration up to 3 days after noise exposure significantly reduced the extent of hearing loss, hair cell damage, and the amount of free radicals produced following noise exposure.

These results detail a window of opportunity for rescue from noise trauma. Given the probable safety of aspirin and vitamin E and their use in the prevention of other major disorders, scientists hope to begin clinical trials on their efficacy in humans, with the goal of reducing NIHL. 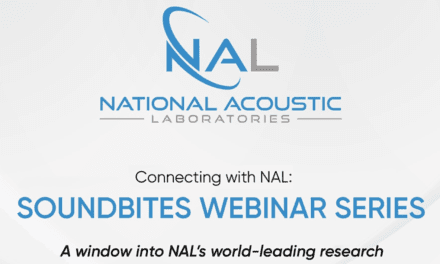