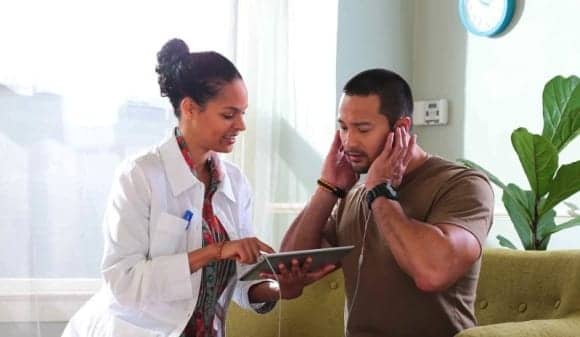 Otoharmonics Corporation, Portland, Ore, has announced that a new peer-reviewed study using its Levo System for tinnitus showed a reduction in symptoms and improvement in daily outlook for study participants.

According to Otoharmonics, one in five Americans suffers from tinnitus, or ringing in the ears, which can have a substantial impact on their quality of life. From anxiety to sleep disturbance, the effects of tinnitus can impact every aspect of a sufferer’s life.

The company reports that, after completing a sound match using the Levo System to reproduce the unique characteristics of their tinnitus perception, each patient in the study received custom therapy that was created expressly for them. Using software on Apple iPod touch mobile digital devices, patients listened to their personal sound therapy nightly while sleeping. Through smart technology, the Levo System tracked changes in tinnitus intensity and measured patient’s response to therapy over a three-month period of time.

As explained in an article published in the September 2, 2015 issue of the International Journal of Audiology, the average reduction in tinnitus intensity among patients in the “Impact of Reduction of Tinnitus Intensity on Patients’ Quality of Life” study was reported to be 14.1 dB SPL, which equates to a 62% reduction in perceived sound. This reduction in tinnitus intensity showed positive and statistically significant change in each patient’s quality of life according to outcomes using three industry-standard tinnitus evaluations: the Tinnitus Functional Index, Tinnitus Handicap Inventory, and Tinnitus Reaction Questionnaire.

According to the company, Levo is designed to be user-friendly and capable of delivering custom sound therapy based on the specific needs of each individual.