Tinnitus does not appear to be a highly inherited condition (ie, does not pass frequently from parents to offspring), according to a report in the February issue of Archives of Otolaryngology–Head & Neck Surgery, one of the JAMA/Archives Journals.

"Tinnitus, or the perception of sound without an external acoustic stimulus, is a common but poorly understood symptom," the authors write as background information in the article. "Although the list of factors associated with tinnitus is long, the causes of tinnitus onset and tinnitus maintenance are far from fully understood, and attempts to develop evidence-based therapies have been thwarted by a poor understanding of the pathophysiology of the condition." Tinnitus has recently been reported to cluster in families, but little is known about the importance of genetic effects in susceptibility to the condition.

Ellen Kvestad, MD, PhD, of the Norwegian Institute of Public Health, Oslo, and Akershus University Hospital, Akershus, Norway, and colleagues analyzed data collected from 12,940 spouses, 27,607 parents and offspring, and 11,498 siblings. All participants completed a questionnaire about tinnitus and underwent a hearing examination. A subgroup of 16,186 individuals with some hearing loss and 17,785 controls were sent a second questionnaire requesting more details about tinnitus, to which a total of 28,066 responded.

About 20.9% of the participants reported having definite or probable symptoms of tinnitus. On a scale of negative one to one—where negative one would indicate that offspring always had tinnitus if their parents did not, and one would indicate that both parents and offspring always had tinnitus—correlations for tinnitus ranged from 0.01 to 0.07 for parents and offspring, depending on [Bleep] differences. The correlation between siblings ranged from 0.06 to 0.14 and the spouse correlation was 0.04.

Although the data did not distinguish between types of tinnitus—some of which may be more heritable than others—the low overall correlation does not indicate that any prevalent type of tinnitus is largely passed down through families. "This result needs to be replicated with other measures of tinnitus and other types of family data," the authors write.

"Our results do not necessarily mean that genetic effects are unimportant for all forms of tinnitus, because this symptom can arise from a wide variety of underlying diseases," they conclude. "Considering the heterogeneous origin of tinnitus, rather than searching for the genes responsible for tinnitus in general, future investigators need to identify subgroups of individuals affected by tinnitus with specific causes. Our results do not support the spending of large amounts of time and resources to identify the genes that code for tinnitus in general."

[Source: Eureka Alert on behalf of JAMA and Archives Journals] 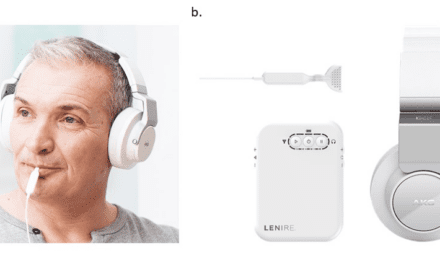