An answer to why some people lose their hearing as they get older but other people can still hear a pin drop may be found in a study released online in the journal Human Molecular Genetics. Advance access is available online.

The study was conducted in collaboration with colleagues at the Phoenix-based Translational Genomics Research Institute (TGen); Affymetrix, Santa Clara, Calif; and the University of Antwerp, Belgium. It uncovered several genes, but one gene stands out and is believed to put people at risk for hearing loss as they age.

They discovered a common variant in the GRM7 gene, which the research team believes may be associated with susceptibility to glutamate excitotoxicity and hearing loss.

It is the overexpression of glutamate that causes damage to the inner and outer hair cells in the inner ear leading to age-related hearing loss.

"Finding the genetic causes of age-related hearing loss could lead to treatments that would bring relief to millions of people worldwide who now suffer from social isolation, depression, and even cognitive impairment as a result of not being able to properly understand what others are saying,” says Matthew Huentelman, PhD, an investigator in TGen’s neurogenomics division and one of the lead authors.

Researchers believe this paper’s findings represent important and significant progress in the efforts to discover the origins of presbycusis.

"We have known for a long time that genes play an important role in presbycusis, but until now genetic research has lagged behind compared to other important diseases," says Guy Van Camp, director of the Hereditary Deafness Laboratory and professor, University of Antwerp, Belgium. "The identification of GRM7 is a very exciting result, as it may provide insights in the development of the disease."

The study participants were Caucasian, ages 53 to 67, and the samples were collected at eight centers in six nations throughout Europe from population registries or audiological consultations. The team of investigators analyzed the samples and identified genetic risks.

In the lab, the research team used Affymetrix GeneChip Human Mapping 500K to score markers across the entire genome of more than 2,000 samples. 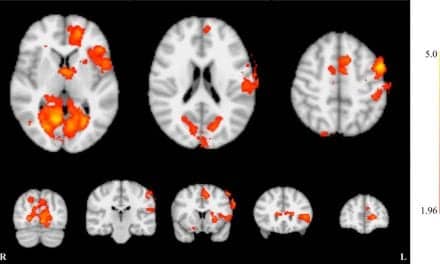 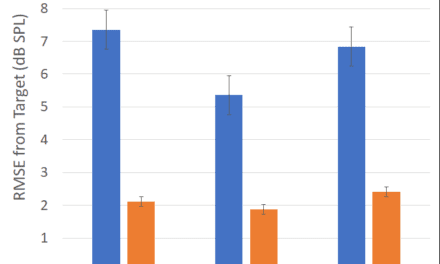 Using autoREMfit for Hearing Aid Fitting and Verification: Evidence of Accuracy and Reliability 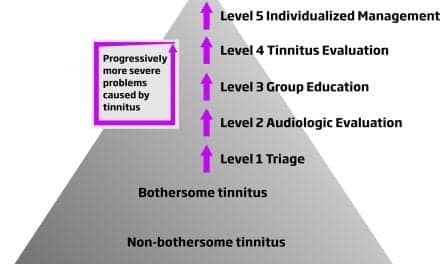 Tinnitus SoundSupport: A Flexible Solution for Both Patients and Hearing Care Professionals