Behavioral abnormalities are traditionally thought to originate in the brain. But a new study by researchers at Albert Einstein College of Medicine of Yeshiva University, Bronx, NY, has found that inner-ear dysfunction can directly cause neurological changes that increase hyperactivity. The study, conducted in mice, also implicated two brain proteins in this process, providing potential targets for intervention. The findings were published in the September 6 edition of Science.

“Our study provides the first evidence that a sensory impairment, such as inner-ear dysfunction, can induce specific molecular changes in the brain that cause maladaptive behaviors traditionally considered to originate exclusively in the brain,” said study leader Jean M. Hébert, PhD, professor in the Dominick P. Purpura Department of Neuroscience and of genetics at Einstein.

The inner ear consists of two structures, the cochlea (responsible for hearing) and the vestibular system (responsible for balance). Inner-ear disorders are typically caused by genetic defects, but can also result from infection or injury.

The idea for the study arose when Michelle W. Antoine, a PhD student at Einstein at the time, noticed that some mice in Dr Hébert’s laboratory were unusually active—in a state of near-continual movement, chasing their tails in a circular pattern. Further investigation revealed that the mice had severe cochlear and vestibular defects and were profoundly deaf. “We then realized that these mice provided a good opportunity to study the relationship between inner-ear dysfunction and behavior,” said Dr Hébert.

The researchers established that the animals’ inner-ear problems were due to a mutation in a gene called Slc12a2, which mediates the transport of sodium, potassium, and chloride molecules in various tissues, including the inner ear and central nervous system (CNS). The gene is also found in humans.

To determine whether the gene mutation was linked to the animals’ hyperactivity, the researchers took healthy mice and selectively deleted Slc12a2 from either the inner ear, various parts of the brain that control movement, or the entire CNS. “To our surprise, it was only when we deleted the gene from the inner ear that we observed increased locomotor activity,” said Dr Hébert.

The researchers hypothesized that inner-ear defects cause abnormal functioning of the striatum, a central brain area that controls movement. Tests revealed increased levels of two proteins involved in a signaling pathway that controls the action of neurotransmitters: pERK (phosphorylated extracellular signal-regulated kinase) and pCREB (phospho-cAMP response-element binding protein), which is further down the signaling pathway from pERK. Increases in levels of the two proteins were seen only in the striatum and not in other forebrain regions.

According to the researchers, the findings suggest that hyperactivity in children with inner-ear disorders might be controllable with medications that directly or indirectly inhibit the pERK pathway in the striatum.

“Our study also raises the intriguing possibility that other sensory impairments not associated with inner-ear defects could cause or contribute to psychiatric or motor disorders that are now considered exclusively of cerebral origin,” said Dr Hébert. “This is an area that has not been well studied.”

The paper is titled “A Causative Link Between Inner Ear Defects and Long-term Striatal Dysfunction.” In addition to Drs Hébert and Antoine, other contributors are Christian A. Hübner at Jena University Hospital, Institute of Human Genetics, Jena, Germany, and Joseph C. Arezzo, PhD, at Einstein.

The research was supported by grants from the Tourette Syndrome Association, National Institutes of Health (NIH R21NS073761 and R01MH083804), and Deutsche Forschungsgemeinschaft. 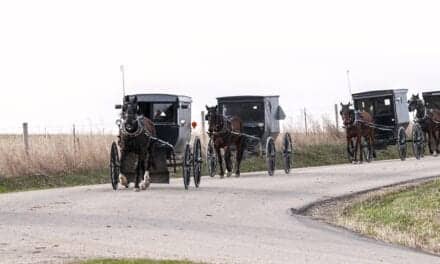