Even at the pre-babbling stage—before they can form sounds resembling syllables like “ba, ba, ba”—infants recognize vowel-like sounds, but they tend to dwell on these sounds when from the mouths of babes. In an experiment, 5-month-old subjects spent 40% longer listening to sounds from babies than adult vocalizations of the same vowels, the Acoustical Society of America announced.

This result and follow-up experiments probing infant speech perception are shining a new light on “how infants develop their understanding of spoken language—what they bring innately and what is shaped by their experience as listeners and as ‘talkers-in-training,’” said Linda Polka, a professor at McGill University.

At the 175th Meeting of the Acoustical Society of America, held May 7-11, 2018, in Minneapolis, Polka will present findings from a new line of research focusing on a neglected aspect of infant speech development: how babies perceive speech with infant vocal properties.

Studies by Polka’s team show pre-babbling babies’ fondness for their vocal sounds. Even moms’ best imitations of their vowel-like vocalizations—identical in pitch—can’t compete with infants’ preference for their own acoustic vocal properties, uniquely formed by the resonance of their very small bodies.

“Access to infant speech, likely including a baby’s own vocalizations, seems to have a broad and significant impact, influencing receptive, expressive, and motivational aspects of speech development,” Polka said.

This work emerged from a collaboration between Polka, doctoral student Matthew Masapollo, and Lucie Ménard, a linguistics professor at the University of Quebec in Montreal and expert in speech production.

Using a synthesizer that simulates movements of the mouth, tongue, vocal cords, and other parts involved in generating speech, Ménard can create vowel sounds just like those that come from a human mouth, at any age.

To test how infants respond to vowel sounds spoken by different talkers, babies sat facing a screen displaying a checkerboard pattern. They could turn a sound on or off by looking at or away from the checkerboard.

After determining infants attend more to vowels that sound like theirs compared to simulations of adult females, the team focused on different dimensions of each sound. A key question was whether babies’ high voice pitch, which women often match when speaking to their infants, is sufficient to grab their attention. Or are the unique resonance properties of infants also key?

Recent tests with 7-month-olds, the age at which infants are on the verge of babbling, strongly indicate that infants have a distinct preference for speech sounds that resemble theirs in terms of the combination of high pitch and resonance. Infants appear “tuned” to sounds produced by very small talkers just like them.

This doesn’t mean that mom or dad should give up oohing and aahing in high voices. Babies do respond to these kinds of sounds. Still, Polka said, “Infants’ own vocalizations are quite potent; infant speech seems to capture and hold infant attention, sometimes prompting positive emotions. This may motivate infants to be vocally active and make it easier to evaluate their own vocalizations, perhaps energizing and supporting spoken language development.”

Otitis Media Often But Not Necessarily Tied to Cold-like Illnesses 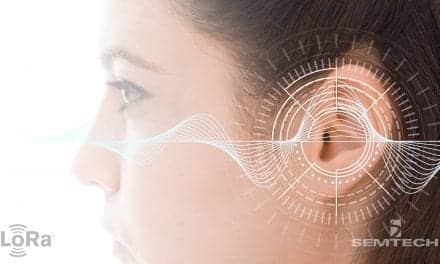 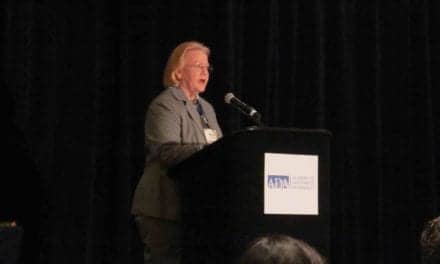