New research from the University of Washington shows a 50% increase in speech comprehension in background noise when children with hearing loss followed a 3-week auditory training regimen.

Furthermore, the researchers say that the effect was still evident when the children were tested 3 months after the training ended. The findings are among the first to demonstrate that auditory training with noise can work in children. Other studies show that similar regimens help hearing-impaired adults.

The training involves repeated exposure to speech masked by noise, and is intended to teach the brain how to receive information and process it more efficiently. This could help hearing-impaired children who struggle to keep up in noisy classrooms.

“It’s not a fair playing field with their normal-hearing peers,” said Jessica Sullivan, lead author and a University of Washington assistant professor of speech and hearing sciences. “They have the best technology, but it’s not enough—they still miss things.”

People with normal hearing usually filter out background noise seamlessly. If a loud truck rumbles by, they can still understand a conversation because their brains work quickly to fill in sounds that they might have missed.

But people with hearing loss take in sound more slowly, and brain regions that process hearing aren’t as adept at filling in muffled information.

In Sullivan’s study, published in the January issue of the Journal of the Acoustical Society of America, hearing-impaired youngsters ages 6 to 17 attended seven 1-hour sessions spread across 3 weeks. They listened to a series of sentences, such as “We saw two brown bears” or “Grandmother gave Bob red beans,” masked by staticky background noise intended to simulate a clattering classroom scene.

During the sessions, Sullivan gradually made the regimen more demanding by ratcheting up the number of words in the sentences, the noise volume, and the time between hearing the sentence and identifying what words were said. The children had to give correct answers 80% of the time before advancing to the next level of difficulty.

Three months after the training, the participants still showed improvements in word recognition over the noise.

Children in the interrupted noise group showed about a 50% increase in speech intelligibility compared with their hearing at the beginning of the experiment.

The next step in the research is to see how the regimen works for other people, such as adults and cochlear-implant users, and with other types of noise, including real-world settings.

Co-authors are Linda Thibodeau and Peter Assmann of the University of Texas at Dallas, where the study was conducted. The study was funded by the National Institute on Deafness and Other Communication Disorders. 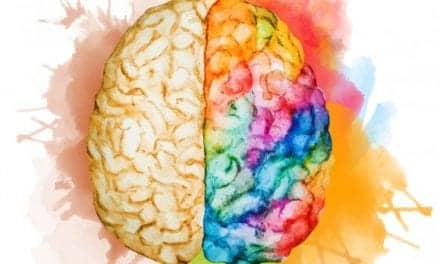