Savannah, Ga—The Academy of Dispensing Audiologists (ADA) held their 29th annual convention and exposition October 26-29 at the Savannah International Trade and Convention Center. An estimated 760 audiologists attended the 4-day conference, which featured about 40 educational sessions, many special events including the annual AFA Golf Tournament, ADA Business Meeting and President’s Banquet, as well as a convention hall featuring about 80 exhibits.

This year’s convention theme was, “Full Steam Ahead,” and the event highlighted ADA’s professional activity and advocacy for audiology. Referring to the Academy’s Mission Statement, ADA President-Elect Larry Engelmann says, “The organization is dedicated to leadership and advancing professional excellence, high ethical standards, professional autonomy, hearing technology, and sound business practices in the provision of quality audiological care…ADA’s strength and determination [allow us] to continually move our profession forward into the future.”

Johnson Sounds Alarm on Proposed Medicare Reimbursement Rates
During the Opening General Session, ADA President Craig Johnson outlined the Academy’s activities during the past year, including the hiring and set-up of a new ADA headquarters and administrative team, addressing the recently proposed CMS reimbursement changes, the need for direct access without physician referrals, and the continued promotion of audiologists as leaders in the field of hearing health care.

The Center for Medicare and Medicaid Services (CMS) on August 8 proposed cutting reimbursement for audiological services by 21.3%, including a 5.8% reduction in 2006, according to Johnson. This represents a four-fold greater overall reduction than any other profession covered by CMS; chiropractors were second to audiologists with a reduction of 5.3% over the next four years.

According to an ADAlert written by Johnson and posted on the ADA Web site (http://www.audiologist.org/newsevents_adalert.php), audiology codes over the decades existed in a special category called the “non-physician work pool.” CMS has decided to remove all non-physician work pool codes and place them in a category called “individual specialty pool,” resulting in a severe reduction in audiologists’ reimbursement fees.

The new proposed fees do not presently include practice expenses nor do they recognize that hearing and balance services include “physician work,” Johnson says. He states that the term, “physician work,” implies that CMS views audiological services as not requiring any patient management, and assumes that audiologists only perform a test then blindly turn over the results to a physician for interpretation and patient counseling. “The CMS perception that audiologists do not manage patient care is perpetuated by their strong physician bias,” he states.

Kimberly Cavitt led a seminar on the topic of “Coding, Reimbursement, and the Foundations of an Efficient, Compliant, and Profitable Audiology Practice.” Cavitt covered a wide range of topics and showed how it’s possible to run an efficient practice while safeguarding your business through the use of sound, strict policies.

Using its email ADAlerts, the Academy informed its members of this proposed reimbursement change, and the organization has submitted comments to the agency. CMS ended its commentary period October 1, and it will issue a final decision in November.

Tabitha Parent-Buck of the Arizona School of Health Sciences AuD program and George Osborne (right) of the Pennsylvania College of Optometry’s School of Audiology received the Audiology Foundation of America’s (AFA) Award for Excellence in Education from AFA Chair Kenneth Lowder.

Direct access for Medicare patients has also been a high priority for ADA, as well as the American Academy of Audiology (AAA). Johnson says Medicare will be the last preferred provider program that will have the benefit of seeing the audiologist first, and that virtually all 55 Blue-Cross Blue-Shield carriers allow direct access to audiologists—including the Federal Employees program. “We need to ask our representatives why they should have direct access to audiological care, but their constituents cannot,” Johnson says. “To date, we have 40 co-sponsors in support of HR 415, and we need to continue to ask our legislative representatives to co-sponsor this legislation.” He urged ADA members to contact representatives, speak to the legislative aid who handles health care issues, then send a follow-up letter or fax. He also urged members to call the staff member back at a later date to get their final commitment on the direct access bill.

An update on the Academy’s strategic partnership with AuDNet was also offered at the General Session. ADA and AuDNet banded together four years ago with the goal of building a revenue stream that would support the “branding of audiology.” Essentially, this program is designed to promote audiologists as the professionally recognized keepers of hearing and balance care. A major component of the program is a buying group that allows ADA members to purchase hearing aids through AuDNet, and a percentage of the proceeds are then donated to ADA. Johnson reports that over $55,000 has been received through this program to date. “The program works…” Johnson says. “[If you enroll] you’ll be investing in the profession’s future and your own future.”

Advocacy is central to any audiology practice, according to Johnson, and it is linked to the entire spectrum of patient care as it relates to hearing and balance problems. “Advocacy is the silver bullet of the profession that will lead to our acknowledgement of the audiologist as the manager of hearing and balance care…Ask yourself a question: When pediatricians, internal medicine physicians, family doctors, and neurologists refer a patient with suspected hearing and balance problems, to whom do they refer [the patient] to? If the answer is that they refer them to you, then the battle is being won…” Johnson went on to say that the medical community should become more aware that audiologists provide the most practical solution for referring people with hearing and balance problems who do not have medical issues: “If [physicians] don’t ask this question about referral patterns themselves, then we need to point out to referring physicians how they can more effectively manage their patient flow.” Johnson says audiologists are well-positioned in the marketplace to assume the position of “manager of hearing and balance care,” and he and Barry Freeman presented a program at the convention on a pharmaceutical certificate program.

A new association management team, headed by ADA Executive Director Kevin Hacke of SmithBucklin Corp, Chicago, has been hired by ADA to provide professional services for the Academy. SmithBucklin is a 56-year-old management firm that employs 550 people and has a reputation for growing organizations, according to ADA. In addition to building Academy membership, the organization will also endeavor to strengthen ADA’s educational program, intensify its legislative and regulatory involvement, and provide support for the Accreditation Commission for Audiology Education (ACAE) initiatives.

Awards and Special Recognition
The ADA’s Joel Wernick Award—the Academy’s most prestigious professional recognition award—was presented to the Accreditation Commission for Audiology Education (ACAE). The ACAE—which is funded by ADA, AAA, and the Audiology Foundation of America (AFA)—has been created to set standards of excellence for doctoral-level AuD programs. The ACAE has also developed a Web-based Computerized Accreditation Program (CAP), which is designed to provide interactive self-study for AuD program administrators, the ability for these programs to retrieve important national data, and to confidentially see how they fare in particular areas when compared to other institutions throughout the country.

“There are no current doctoral standards for audiologists, and the ACAE is designed to change that,” Johnson says. “This program will raise the bar of educational excellence and make the playing field level for audiology programs. Right now, there are over 61 AuD programs and, in other professions, there are not that many. The purpose of [ACAE] is to ensure that we have excellence in our education.”

AFA Chair Kenneth Lowder presented the AFA Award for Excellence in Education to two AuD programs: the Arizona School of Health Sciences Audiology Program and the Pennsylvania College of Optometry’s School of Audiology. The Arizona School of Health Sciences, chaired by Tabitha Parent-Buck, has been an online educational pioneer in the field, graduating 993 doctors of audiology and has almost 600 more in their degree program. It also had its first residential class of AuD students graduate this year. The Pennsylvania College of Optometry’s School of Audiology, represented by Founding Dean George Osborne, was the first School of Audiology in the US, opening its doors in 2000 and has graduated 454 doctors of audiology. PCO has developed two tracks: one for audiologists with a large amount of experience, and another for those who need to take all 20 distance-education courses. In 2005, PCO enrolled its third class of residential students and completed the construction of the Pennsylvania Ear Institute to ensure that graduates have an up-to-date facility for hands-on learning.

Climbing the Steps of Leadership
Martie Ormsby-Bradbury, owner and president of Recruiting Services International (RSI), Minneapolis, provided the keynote presentation at the General Session, “Climbing the Steps of Leadership: What Goes Around, Comes Around.” Ormsby-Bradbury is an audiologist, was the president of GN Danavox during the mid-1990s, and is a self-confessed “audio-holic who loves this profession.” She was recognized in 1995 by ADA with the Academy’s Audiology Awareness Award.

Ormsby-Bradbury offered a wide-ranging discussion about the value of persistence, leadership, and the individual contributions that one can make to the field. Detailing her own educational and professional career, she demonstrated how a strong sense of purpose and drive for accomplishment can create professional success. Leadership can come in subtle forms, Ormsby-Bradbury says. She pointed out that her own journey in the hearing care industry began as she walked down the street during an ASHA convention. She encountered an enthusiastic man, named Bob Briskey, who was extremely upbeat about his work and this encouraged her to seek a job within the field. Similarly, she says that having a constant message and an understanding of what you can represent to patients is important for success: “In order to help people, we need to make a decent living. But you should never lose sight of the fact that you got into the field originally to help people…You should be proud to stand up and proudly state that you’re in a business that improves people’s lives.”

Ormsby-Bradbury’s presentation also involved her insights as a professional recruiter for both audiology practices and the industry. She emphasized the need for the AuD to include business and entrepreneurial training in the curriculum, as was originally intended, and she encouraged more realistic expectations relative to starting salaries for entry-level audiologists who have just graduated from AuD programs. Additionally, she says ADA members and program directors should promote the idea that there is a sales component to the hearing instrument fitting process, and that dispensing hearing aids is not a bad thing.

The No 1 obstacle in audiological field, according to Ormsby-Bradbury, is in building and growing new leaders in the profession. To do this better, she says private practice owners need to abandon their fears that, in hiring younger audiologists, these young people will one day leave and take business with them. She says everyone is going to leave a business and the profession at some point, and a true leader is a practice owner who helps young people get started in private practice: “Keep in mind that you are able to encourage and foster the development of leaders and winners in this profession…Leave audiology in a place where it has not been before.”

Next year’s ADA Convention venue—originally scheduled to be held in New Orleans—has been changed due to the uncertainties associated with Hurricane Katrina. The 2006 ADA Convention will be held in Scottsdale, Ariz, on October 11-14. For more information, visit the ADA Web site at www.audiologist.org. 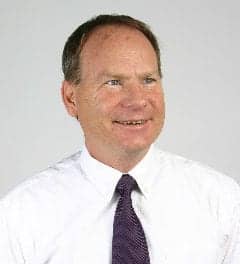 Frye Electronics Elects Cahen to Board of Directors 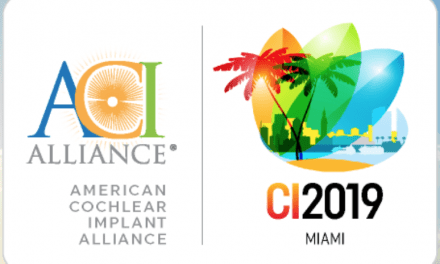