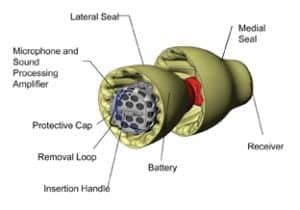 Ear health outcomes for the Lyric deep-canal extended-wear hearing device,as collected at a private practice ENT office that has fit the device since 2006, are reviewed in this report.

The deep-canal, extended-wear hearing device, Lyric, is designed to be worn continuously for as long as 4 months for consistent deep-canal placement and to make wearing amplification easier (no maintenance, repair, insertion/removal, or battery changes). It is placed within 4 mm of the tympanic membrane, well within the sensitive bony portion of the ear canal. As such, the effect of the device on the health of the ear is a natural question.

What happens when air circulation is decreased to the medial portion of the ear canal, and is there any impact on the tissue that is in continuous contact with the device for up to 4 months? This article will review the aspects of Lyric designed to promote safe wear and healthy ears. Ear health outcomes at device removal, collected at a private practice ENT office that has fit Lyric since 2006, will be reviewed.

The concept of the extended-wear hearing device was born of the goal of having a deep-canal device that solved the placement issue of deep-canal CICs of the 1990s; namely, that patients often could not insert them as deeply as needed in order to realize true deep-canal benefits.

Extended wear was a concept designed at InSound Medical to address the daily and consistent placement issue, but the safety of this concept was unknown. Robert Schindler, MD, one of the company’s founders, had experience in two areas as an otolaryngologist—tracheostomy and cerumen impaction—that led him to believe it could be done safely:

FIGURE 1. Illustration showing the Lyric device and its key components.

Based on these precedents, research and development of the Lyric began.

Subsequent and extensive clinical trials at InSound verified the safety of the concept. Although hearing aids have been exempt from FDA 510(k) clearance, InSound’s commitment to safety and effectiveness led the company to submit the device to the FDA for 510(k) clearance. Clearance was received in 2002 for 120 days of wear and device placement by ENT physicians, and in 2008 for device placement by ENT physicians, audiologists, and hearing aid dispensers.

A number of Lyric features are designed for the safety of the ear, and Figure 1 illustrates the components of the device. The battery is specifically shaped and designed to reside safely in the ear canal for an extended period of time. Over the course of nearly 100,000 placements, there have been no reports of battery leaks or injuries in patients’ ears.

Soft and flexible seals are designed so as not to put undue pressure on the canal wall, while still providing retention in the ear canal and an acoustic seal against feedback. The seals are anti-microbial and breathable, and the device includes two venting mechanisms (four vents).

Sizing procedures and training are designed such that an extremely tight fit is contraindicated, reducing the risk of excessive pressure on the walls of the external auditory canal. Another part of the sizing procedure measures the length of the ear canal, giving the practitioner a maximum insertion depth for that ear, which would position the medial end of the device 4 mm from the tympanic membrane. Following candidacy and sizing guidelines, as well as using adequate visualization equipment (as described in the August issue of Hearing Review2), supports safe and successful Lyric wear.

Northern Valley ENT was one of the first offices to fit Lyric in 2006. The practice studied ear health retrospectively and longitudinally in 644 ears (364 patients) that wore Lyric between 2007 and 2009. Patients were self-selected and came into the office interested in wearing Lyric. Each patient received comprehensive otolaryngological and audiological evaluations. Patients with the following were contraindicated for Lyric:

Longitudinal data for patients wearing Lyric over the course of up to 2 years was gathered and examined. Over that time, at each device removal, the ear canal was carefully inspected for ear health issues, such as abrasion, inflammation, infection, necrosis, and tympanic membrane injury. Devices were replaced every 30 to 120 days.

A total of 64 patients (18%) discontinued use within 1 month due to otalgia, canal irritation, occlusion effect, or accumulation of moisture medial to the device. The most common issue was otalgia. Upon inspection, these canals demonstrated evidence of focal irritation and occasionally diffuse inflammation. The discomfort resolved generally within an hour of device removal. There were no cases of diffuse circumferential edema and erythema, as seen with otitis externa. On rare occasion, fluid built up medial to the device and lateral to the tympanic membrane and caused the device to fail, but did not require medical intervention.

All issues that occurred in this group of 64 patients resolved within 5 days and did not require treatment with a canal wick or oral antibiotics. In retrospect, the majority of these patients had unfavorable canal anatomy, including a narrow anterior-posterior dimension, relatively short canal (less than 23 mm), a convexity of the posterior or anterior bony canal wall, or a step up in the canal floor, which require cautionary expectations when fitting Lyric.

Another 6% (21 patients) discontinued Lyric use after the first month of wear, most for discomfort (17 patients), two for inadequate gain, one for occlusion, and one for the inability to swim. Similar to the patients who discontinued use in the first month, discomfort abated quickly after device removal and the ear canal returned to normal within a few days.

The remaining group of 279 patients was successful with Lyric and at the time of analysis had been in subscription for an average of 189 days. A total of 72 patients (26%) had been wearing Lyric for more than 1 year. Among the 279 patients, 91% wore Lyric without any ear health incidents.

Transient canal irritation developed at some point in 26 users (9%), necessitating the removal of the device for 3 to 14 days. All of these patients were able to resume use of the device. There were no instances of otitis externa, osteomyelitis, tympanic membrane perforation, or sudden sensorineural hearing loss.

Patients on various forms of anti-coagulation therapy were included in the study. They did not experience any bleeding problems in the ear canal. There were 12 patients with diabetes in the group of 300 who wore Lyric for more than 1 month. Due to an increased risk of malignant otitis externa in this population, these patients were monitored carefully. There were no occurrences of unusual canal inflammation in these ears.

While Lyric, like all hearing aids, is not completely risk free, the device design, candidacy guidelines, sizing procedures, and extensive training all minimize risk such that the majority of patients who wear Lyric do so without incident. In this study conducted at an ENT office and involving 364 patients (644 ears) with the Lyric device in use for as long as 2 years, there were no serious ear canal issues and no patient required medical intervention. These results were the product of a single, retrospective study performed at one office. However, the data support that the unique design and technologies incorporated into Lyric provide safe use of this extended-wear device.

Preliminary results of this study were originally presented at the 2009 American Academy of Otolaryngology-Head and Neck Surgery Meeting in San Francisco.7 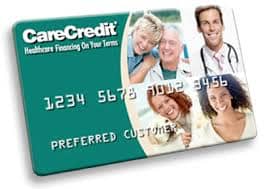 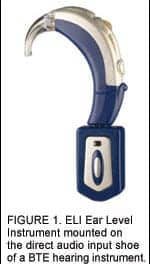 The Ongoing Evolution of Bluetooth in Hearing Care