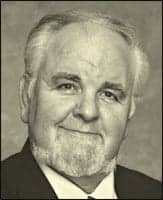 The saying goes that, for anyone older than age 65, “elderly” begins at “around my age—plus 10 years.” Because of improvements in diet and health care, the elderly (or senior adults) make up one of the fastest growing groups in the population. In the United States, the proportion of people ages 65 or older increased from 4% in 1900 to about 12% in 2000. In late 2008, there were 96,548 people age 100 years or older (centenarians) in the United States.

Although seniors may qualify for certain discounts in restaurants, theaters, etc, they are unfortunately not exempt from hearing loss; about half of everyone age 70 and older has hearing loss. Many also must deal with concomitant problems of decreased vision, various forms of neuropathy, and other phenomena that relate to decreasing modalities or acuities.

There is increasing demand for differential treatment for these populations. We can no longer test patients using a single methodology or simply a common rationale. They are not all the same, nor do their differences depend on the amount of grey hair they have. These people are not simply different from a biological standpoint; their uniqueness as a patient population is a function of longevity rather than simply a function of physical aging. With each necessity, want, or desire for communicating or performing in a particular listening environment, there may also be other challenges present, ranging from dexterity and mobility issues to limited vision. And, due to its role in connecting people to each other, hearing is a key component in these people’s agenda to remain engaged—or, in some cases, to reengage.

Seniors grew up during the Great War (WWI), the Great Depression (or WWII), or the Korean Conflict. Our society is so focused on youth and the fear of the sequelae of age that societal agism is rampant in both business and social life. If we’re not careful, this spills over into “how we test” and the simplicity of the errors we foster in our testing.

We have learned, only recently, that the “neural plasticity” that we see in youthful patients is also a surprising aspect of the compensatory mechanisms of the elderly. We have come to know that, although the rates differ over “time and task,” new neuronal connections continue to be laid down throughout life. It is the body’s ability to cope, adapt, and learn new skills that keeps us young and participatory. That we commit to lifelong learning keeps our bodies, minds, and spirits young. And to fully accomplish this, we need the vital input of hearing.

There are some specific “rules” for working with the elderly:

Ask yourself how you decide that a response to a test stimulus is proper or appropriate. It normally requires the “agreed to” response in the appropriate amount of time. If the response is not completed in the agreed-upon manner and in the judged-appropriate time, the response is “absent” or “not heard.”

With or without a positive response, the time frame of the examiner is the determinant of successful-vs-aberrant response time. The time, per task and within a task, is the ultimate determinant of the patient’s successful completion of the task. When the task involves responding to the presence of monosyllabic words correctly, the inter-word interval is the critical difference.

With many senior adults, the 10-second inter-word interval is simply not long enough. This makes using either a recorded or audiotaped presentation of the CID W22 and NU6 lists or even the original PAL PB50 no longer useful unless one stops the recording after each word to allow whatever time is necessary for a response.

In discussion with many who work daily with senior adults, they frequently use what they refer to as “the 90-second rule.” That is, the response may take up to 90 seconds before it is judged incorrect. If an incorrect response occurs more rapidly, then it is recorded appropriately and the testing proceeds.

However, it is almost habitual to present the signal, leave the signal “on” for 10 seconds, then decide if the hand didn’t come up or the patient didn’t indicate a response. In such case, the attenuator is advanced another 5 dB. At this level the signal is once again presented for another 10 seconds. The patient may have never before heard these “almost octaves” of middle-C (ie, middle-C is tuned to 244 Hz with each octave being an exact multiple thereof). Thus, they may decide that the first signal might be “it,” but before they’re sure and can respond, the signal is removed. Then it comes back! The patient decides, “Ah, that’s it,” but then it’s gone again. “Next time!” the brain decides, and then, finally, the patient “pounces” on the next one heard—which is now 10 dB over threshold.

As each octave or half octave signal is presented, the same process is repeated. I invite you to look at some results in the clinic. Frequently, they are uniformly 10 dB above threshold. With every 6 dB increasing loudness by a factor of two, any hearing instrument meant to serve the needs of this population can become “over-fit” and “uncomfortably loud” compared to the optimal solution for the patient’s hearing problem.

This scenario is often exacerbated by the tendency of hearing care professionals to order devices set (at the factory) on “Best Fit.” In my view, it is professionally unjustifiable that 82% of instruments that are returned for credit to several major manufacturers are returned still set on “Best Fit.” Clearly, these professionals didn’t know how to modify or reprogram the instrument to meet the needs of the patient—and didn’t try hard enough to do so.

Tinnitus and Hyperacusis Therapy Masterclass Offered in London During March