Kenneth Dahlberg, founder of Miracle Ear and one of the industry’s influential figures from the late 1940s to the early 90s, has died  at age 94.

Dahlberg (pictured) founded Dahlberg Electronics in 1948, which was, by some accounts, the first hearing aid company to use the transistor in its hearing aids.

In 1955, Dahlberg combined the transistorized receiver and transmitter reportedly to make the first  “all in the ear” hearing aid, which was tremendously successful.  The company also developed paging and patient-monitoring devices for hospitals, as well as the pillow radio for private listening in hospitals.

Dahlberg briefly sold his company to Motorola, but bought it back only 5 years later when Motorola divested itself of consumer products. In 1960, the Miracle Ear III was introduced, which was said to be the smallest and lightest-weight hearing aid on the market. The Miracle Ear IV launched in 1962 was reported by the company to be the first hearing aid to employ an integrated circuit. By the mid 60s, the company’s hearing aids were being sold by over 250 dispensers worldwide. In 1984, Dahlberg Inc is said to have developed the first franchise agreement in the industry, and it acquired the concession rights to Sears Hearing Aid Centers (the company had been doing business with Sears Roebuck since 1955).

Ten years later, in 1994, Miracle Ear was doing $100 million in annual revenues, and at age 74, Dahlberg sold Miracle Ear to Bausch & Lomb for $139 million, effectively ending his involvement in the hearing industry. Although it didn’t work out very well for Bausch & Lomb for a number of reasons, Miracle Ear–now under the Amplifon Group of companies–remains one of the largest dispensing networks in the world with over 1200 locations across the United States, many in Sears stores.

Prior to entering the hearing industry, Dahlberg had been a WWII fighting ace, piloting P-47 Thunderbolts and P-51 Mustangs with the USAAF in Europe. He is credited with 14½ aerial victories and received the Distinguished Service Cross for leading a flight of 16 P-47 Thunderbolts against an attack of 70 German Messerschmitt fighters on December 19, 1944. Dahlberg was shot down three times during WWII, and escaped over enemy lines twice. He spent the last 3 months of the war in a German POW camp. He called it his "first experience in suburban living.” He later was an avid flying enthusiast and was inducted into the Minnesota Aviation Hall of Fame.

Dahlberg was also a supporter of many prominent politicians, including presidential candidate Barry Goldwater and President Richard Nixon, and he even played a minor role in the Watergate scandal as the Midwest finance chairmen of Nixon’s Committee to Re-elect the President. (In fact, Dahlberg’s name is mentioned in the movie, All the President’s Men). Dahlberg supplied a check that eventually led reporters Carl Bernstein and Bob Woodward to information that ultimately brought about President Nixon’s resignation. Dahlberg didn’t do anything wrong (he was cleared by a grand jury) when he accepted a donation to Nixon’s campaign, but the check eventually linked Nixon to the burglars in the Watergate break-in.

In addition to his wife of 64 years, Betty, Dahlberg is survived by his daughters Nancy Dahlberg and Dede Disbrow, his son K. Jeffrey Dahlberg, his brother Arnold, sisters Marcella Savage and Harriet Dolny (Lenny) and sister-in-law Betty Dahlberg, seven grandchildren and five great-grandchildren. 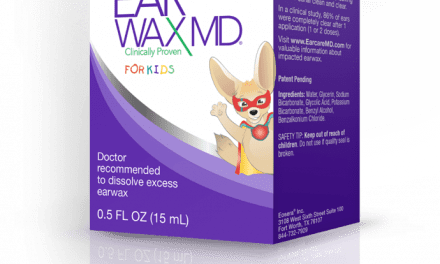