Marketing research results from the House Ear Institute’s hearing awareness campaign aimed at teens show that the number of young people who consider noise-induced hearing loss a real health problem has jumped 42% since the campaign launched in January 2006. Using the theme “It’s How You Listen That Counts” to reach its target audience, the campaign has been running a teen-oriented hearing conservation spot on MTV, which also appears on MTV.com and five different Yahoo! Web sites.

Approaching the topic from an angle of teen social angst, the television spot features teens and an “Ear Bud” mascot in a scene that warns of the potential dangers to hearing posed by listening to loud sound. The Internet ads and the MTV cable spot have been viewed more than 7 million times since January. The http://www.EarBud.org web site has attracted more than 500,000 visits to date, and the Internet banner ads promoting the campaign on popular Yahoo! Web sites have enjoyed a high rate of “click-throughs” by those seeking more information about noise and hearing.

Teens and young adults are the latest target group for the Institute’s hearing conservation efforts, recognizing a growing need to reach younger consumer audiences, who typically crank up the volume, yet are unaware of the serious risks that excessive doses of loud decibels (exceeding 85 dB) can pose to their hearing. The goal for the initial 10-month test-market phase of this campaign is to raise awareness among teens about why they should care about preventing noise-induced hearing loss using messages determined to have the greatest impact on this audience, based on extensive market research into their current attitudes and values. With insights garnered through ongoing research to monitor the test market campaign, the Institute will be able to confidently deliver an effective hearing conservation campaign to teens on a wider national scale. Sponsors for the campaign are Mix Foundation, Sennheiser, Bacou-Dallouz/Howard Leight Industries, William H. Hannon Foundation, and Etymotic Research.

“Our test phase for this campaign, with phenomenal initial exposure through MTV and the Yahoo.com sites, has proved to be a vital first step in discovering what it takes to reach young people with a message that motivates them to make smart listening choices for their long-term hearing health,” says Marilee Potthoff, marketing director, House Ear Institute. 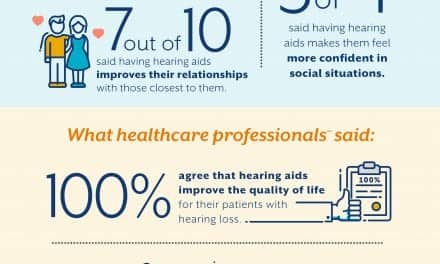