The judge found that the three companies grossly inflated the prices of drugs, including chemotherapy agents, to the detriment of the U.S. government’s Medicare program for the elderly, insurance companies and individuals.

Plaintiffs in the class-action lawsuit said the drug makers boosted published average wholesale prices, which until 2003 were the basis for reimbursements from Medicare, state governments and private insurers. The marked-up prices created a spread between a doctor or pharmacy’s real cost and the drug’s published cost.

When their drugs faced competition, companies used spreads to make their drugs more attractive to doctors, who could pocket excess cash resulting from the scheme.

Following a 20-day bench trial involving two groups of Massachusetts plaintiffs, U.S. District Judge Patti Saris found that AstraZeneca overcharged for Zoladex, a treatment for prostate cancer and levied damages of nearly $4.5 million for one group of plaintiffs. She said the court needed additional information to figure damages for the other.

Saris ruled that Bristol-Myers Squibb overcharged for its cancer drugs Taxol, Vepesid, Cytoxan, Blenoxane and Rubex. She levied damages of $183,454 for one group of plaintiffs and is collecting information to figure the other group’s damages.

She also found that Warrick overcharged for its generic asthma drug albuterol sulfate. Damages are pending.

The judge cleared Johnson & Johnson, saying that while its "conduct was at times troubling, it did not rise to the level of egregious misconduct."

"We are considering our appellate options," King said.

Representatives for the other defendants could not be immediately reached for comment.

A lawyer for the plaintiffs, Steve Berman, said his clients were ecstatic with the judge’s ruling.

"We are also grateful that she found the biggest victims were the patients who had to pay these outrageous prices out of pocket as a result of the defendants wrongful conduct," Berman said in a statement. 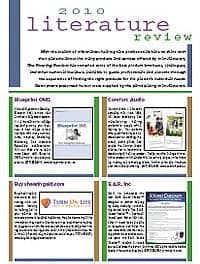