Research: Children with Dyslexia Can Benefit from FM Hearing Systems

For children with dyslexia, FM systems not only allow them to hear better while the device is in use, but it also can mean long-term improvement in phonological awareness and reading skills, even beyond the use of the device, according to a recent study published in the journal, Proceedings of the National Academy of Sciences.

"With the FM approach, the teacher wears a microphone and the student wears a behind-the-ear FM receiver, which effectively pipes the teacher’s voice into the ear, which allows a child to be more focused," explains Nina Kraus, principal investigator of the Auditory Neuroscience Laboratory at Northwestern University and the study’s co-author. "When we measured the brain’s response to speech sounds, the kids who wore the device responded more consistently to the very soft and rapidly changing elements of sounds that help distinguish one consonant from another (cat, bat, pat etc.). That improved stability was linked with reading improvement based on standardized measures of rea

dability, which, as a long-term benefit, points to brain plasticity and makes this study incredibly exciting."

The study, partially funded by a Phonak grant, was conducted by the Auditory Neuroscience Laboratory, and was spearheaded by Kraus and her colleagues, who sought to understand the relationship between listening devices and dyslexia in children.

They worked with 38 children between the ages of 8 and 14, all attending a school for children with reading problems. Half of the children did not wear devices and served as the control group. The other 19 students wore an assistive listening device throughout each school day for the entire academic school year.

The ear-level FM receivers used in this study were precursors to Phonak’s iSense FM receivers, which are designed for helping those with speech comprehension problems, particularly in noisy environments. iSense comes in a Bluetooth BTE model (pictured), as well as a larger unit that is designed to look like an MP3 player with earbuds.

"Improving a child’s auditory processing of sound in this way gives children a better chance to make associations between what they hear and what these sounds mean. Then they can connect that information to what they see on paper," added Kraus/.

New bioengineered ears look and act like the real thing 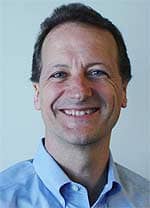