New York — Paleontologists from the American Museum of Natural History and the Chinese Academy of Sciences have found Liaoconodon hui, a complete fossil mammal from the Mesozoic that includes the long-sought transitional middle ear.

Discovered in China, the specimen (more images available here) shows the bones associated with hearing in mammals—the malleus, incus, and ectotympanic—decoupled from the lower jaw, as had been predicted, but held in place

by an ossified cartilage that rested in a groove on the lower jaw.

The new research, published in the journal Nature, also suggests that the middle ear evolved at least twice in mammals, for monotremes and for the marsupial-placental group.

Jin Meng, curator in the Division of Paleontology at the Museum and lead author of the, study commented, "People have been looking for this specimen for over 150 years since noticing a puzzling groove on the lower jaw of some early mammals. Now we have cartilage with ear bones attached, the first clear paleontological evidence showing relationships between the lower jaw and middle ear."

Mammals are loosely united by a suite of characteristics, including the middle ear ossicles. The mammalian middle ear, or the area just inside the ear drum, is ringed in shape and includes three bones, two of which are found in the joint of the lower jaw of living reptiles. This means that during the evolutionary shift from the group that includes lizards, crocodilians, and dinosaurs to mammals, the quadrate and articular plus prearticular bones separated from the posterior lower jaw and became associated with hearing as the incus and malleus.

The transition from reptiles to mammals has long been an open question, although studies of developing embryos have linked reptilian bones of the lower jaw joint to mammalian middle ear bones. Previously discovered fossils have filled in parts of the mammalian middle-ear puzzle. An early mammal, Morganucodon that dates to about 200 million years ago, has bones more akin to a reptilian jaw joint but with a reduction in these bones, which functioned for both hearing and chewing. Other fossils described within the last decade have expanded information about early mammals-finding, for example, that ossified cartilage still connected to the groove was common on the lower jaws of early mammals. But these fossils did not include the bones of the middle ear.

The new fossil, Liaoconodon hui, fills the gap in knowledge between the basal, early mammaliaforms like Morganucodon, where the middle ear bones are part of the mandible and the definitive middle ear of living and fossil mammals. L. hui is a medium-sized mammal from the Mesozioc (35.7 cm long from nose to tip of tail, or about 14 inches) and dates from 125 to 122 million years ago.

The fossil is particularly complete, and its skull was prepared from both dorsal and ventral sides, allowing researchers to see that the incus and malleus have detached from the lower jaw to form part of the middle ear. These bones remain linked to the jaw by the ossified Meckel’s cartilage that rests in the groove on the lower jaw. The team hypothesizes that in this early mammal, the ear drum was stabilized with the ossified cartilage as a supporting structure.

"Before we did not know the detailed morphology of how the bones of the middle ear detached, or the purpose of the ossified cartilage," says Meng. "Liaoconodon hui changes previous interpretations because we now know the detailed morphology of the transitional mammal and can propose that the ossified cartilage is a stabilizer."

In addition to Meng, authors of the paper include Wang Yuanqing and Li Chuankui, both of the Institute of Vertebrate Paleontology and Paleoanthropology, Chinese Academy of Sciences in Beijing. 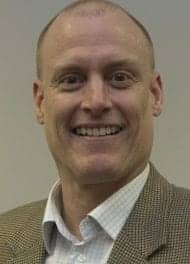