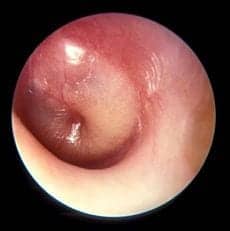 Acute otitis media (AOM), or ear infection, is the most common ailment among kids of preschool age and younger in the United States primarily because these children have immature middle-ear drainage systems, higher exposure to respiratory illnesses, and undeveloped immune systems.

And because it’s also the most common reason for antibiotic use among all children, the costs associated with AOM are under more scrutiny than ever by healthcare and government administrators, especially given today’s political and economic climate,  strained health-care resources, and cost-containment efforts.

While estimates of the economic impact of AOM have been formulated in the past, a new study by UCLA and Harvard University researchers is the first to use a national population database that gives a direct, head-to-head comparison of expenditures for pediatric patients diagnosed with ear infections and similar patients without ear infections.

The findings show that AOM is associated with significant increases in direct costs incurred by consumers and the health care system. With its high prevalence across the United States, pediatric AOM accounts for approximately $2.88 billion in added healthcare expenses annually and is a significant healthcare utilization concern.

The research is published in the current edition of the journal The Laryngoscope.

“Although the annual incidence of ear infection may be declining in the United States, the number of kids affected remains high, and the public health implications of AOM are substantial,” said study co-author Nina Shapiro, MD, director of pediatric otolaryngology at Mattel Children’s Hospital UCLA and a professor of head and neck surgery at the David Geffen School of Medicine at UCLA. “As our health care system continues to be vigorously discussed around the nation, efforts to control costs and allocate resources appropriately are of prime importance.”

For the study, the researchers examined records of pediatric patients under the age of 18 culled from the 2009 Medical Expenditure Panel Survey, a national survey conducted by the Agency for Health Research and Quality which serves a benchmark data-set specifically designed for the assessment of health care costs.

Of the 81.5 million children the researchers sampled, 8.7 million had received care for ear infections. The rates of visits to the doctor’s office, refills of prescription medications and health care costs associated with doctor visits were then compared between those with diagnosed ear infections and those without. The rates were adjusted for age, sex, region, race, ethnicity, insurance status, and co-morbidities.

The researchers found that children with ear infections had an average of two additional outpatient visits, 0.2 emergency visits and 1.6 prescriptions filled, compared with those without ear infections.

Ear infections were associated with an incremental increase of $314 per child annually for outpatient health care and an average of $17 in additional costs for medications. This resulted in an overall $2.88 billion annual cost for ear infections.

“Although certain immunizations that target infection-causing bacteria may play a role in slightly reducing the overall rate of ear infections, millions of young kids will still have them,” Shapiro said. “The take-home message is that the common ear infection is an extremely costly entity with significant financial burdens on the health care system.”

Future studies on the health care cost associated with AOM may include analyzing the indirect costs, such as work and school days missed, gasoline costs and parking charges for outpatient visits, the researchers said.

The study was not funded and the authors have no financial disclosures. 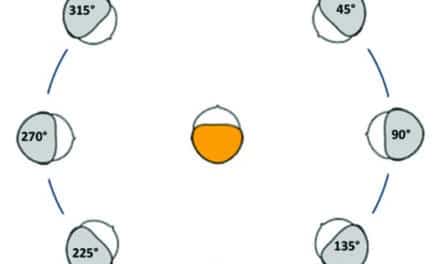 March 1: Sequestration and Its Consequences For Hearing Care