The human ear is exquisitely tuned to discern different sound frequencies, whether such tones are high or low, near or far. But the ability of our ears pales in comparison to the remarkable knack of single neurons in the brain to distinguish between the very subtlest of sound frequencies.

Reporting in the January 10 issue of the journal Nature, Dr Itzhak Fried, a professor of neurosurgery and director of the epilepsy surgery program, and colleagues at the Hebrew University in Jerusalem and the Weizmann Institute of Science, show that in humans, a single auditory neuron in the brain exhibits an amazing selectivity to a very narrow sound frequency range, roughly down to a tenth of an octave. In fact, the ability of these neurons to detect the slightest of differences in sound frequencies far exceeds that of the auditory nerve that carries information from the hair cells of the inner ear to the cortex as much as 30 times more sensitivity. Indeed, such frequency tuning in the human auditory cortex is substantially superior to that typically found in the auditory cortex of non-human mammals, with the exception of bats.

It is quite a paradox, the researchers note, in that even musically untrained people can detect very small sound frequency differences, much better than the resolution of the peripheral auditory nerves. This is very different from other peripheral nerves, such as those in the skin, where the human ability to detect differences between two points (say from the prick of a needle) is limited by the receptors in the skin. Not so in hearing.

The researchers, including senior author Israel Nelken and first author Yael Bitterman from the Hebrew University, determined how neurons in the human auditory cortex responded to various sounds by taking recordings from four consenting clinical patients at the UCLA Medical Center. These patients had intractable epilepsy, and were being monitored with intracranial depth electrodes to identify the focal point of their seizures for potential surgical treatment. Using clinical criteria, electrodes were implanted bilaterally at various brain sites that were suspected to be involved in the seizures; these included the auditory cortex. The recording of brain activity was carried out while the patients listened to artificial random chords at different tones per octave, and to segments from the film "The Good, the Bad and the Ugly.” Thus, the sounds the patients heard were both artificial – the random chords – and more natural, the voices and noise from the movie soundtrack.

"This is remarkable selectivity," said Fried, who is also the co-director of UCLA’s Seizure Disorder Center. "It is indeed a mystery why such resolution in humans came to be. Why did we develop this? Such selectivity is not needed for speech comprehension, but it may have a role in musical skill. The three percent frequency differences that can be detected by single neurons may explain the fact that even musically untrained people can detect such frequency differences.

"There is also evidence that frequency discrimination in humans correlates with various cognitive skills, including working memory and the capability to learn, but more research is needed to clarify this puzzle."

This study, said Fried, is the latest example of the power of neurobiological research that uses data drawn directly from inside a living human brain at the single-neuron level. Previous studies from Fried’s lab have identified single cells in the human hippocampus specific to places during human navigation, and single cells that can translate varied visual images of the same item, such as the identity of an individual, into a single instantly and consistently recognizable concept. 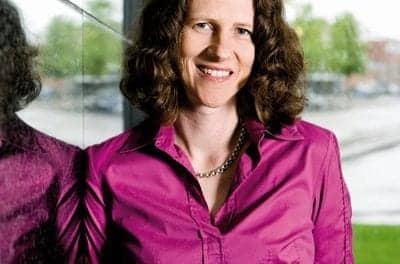