Advancing technologies enable clinicians to test with integrity, but without frustration.

Ever since the dawn of the industrial age, scientific research and development has resulted in new technology that saves time, increases comfort, and extends human capability. Before new consumer technology realizes its potential to make people’s lives easier, however, it often goes through a period of transition from a scientific, technical device to a friendly product that truly enriches the human experience. The first computers, for example, were accessible only to mathematicians and computer scientists. Many decades passed before the technology evolved into one that benefits people in their daily lives.

Technology for the practicing audiologist is no exception to this process: Technologies that result from new scientific research in audiology may take some time to evolve into not only clinically useful, but also user-friendly tools that enhance the experience of audiologists and their patients. In modern audiology, diagnostics has significantly shifted from subjective toward objective electrophysiological tests such as immittance, otoacoustic emissions (OAE), and auditory evoked potentials (AEP). These tests allow for more precise differential and topical diagnostics, while for many patients, particularly infants, are the only means of assessment. Yet, these tests can be quite a frustrating experience for clinicians, mostly due to noises that degrade results, prolong the tests, and obscure the interpretation of results.

Typically, clinical equipment is replicated by manufacturers from experimental setups developed by university laboratories for research purposes with some cosmetic changes to the look and user interface. Therefore, the equipment inherits most of the design features of research systems. On the other hand, there are fundamental differences between the research laboratory and the clinic: Research needs control of numerous protocol parameters, but these same controls make it difficult for a clinician to set up simple clinical tests. Researchers need numerous displayed results for identifying their diagnostic value, but some of the results complicate their clinical interpretation and distract the clinician. The testing environment is “ideal” in research laboratories, with their sophisticated double-shielded rooms, but is far from that in most clinical settings. Often researchers do not know a priori which measurement parameters will be diagnostically significant. Therefore, research measurement systems typically acquire and analyze more data than necessary for clinical diagnosis. Finally, researchers typically have more time to test a subject than clinicians have to test a patient. As a result, it is difficult, using the same equipment, to achieve the same integrity of results in a clinic as those normally achieved in a research laboratory. Hence, equipment designed for research may not necessarily be ideally suited for everyday clinical work and may well frustrate clinicians.

At Vivosonic, our philosophy is that any clinical test can be performed with the integrity of results, but without frustration and stress—through learning of clinical realities and designing diagnostic instruments geared to those realities. With the advance of neonatal screening programs, auditory brainstem response (ABR) and, more recently, auditory steady state response (ASSR) have become an integral part and the most often administered electrophysiological diagnostic tests. They are also difficult and lengthy to perform, especially at levels close to the threshold. Yet, these tests frustrate clinicians most due to noises, unfriendly user interfaces, and other factors (Tannenbaum, 2005). We set ourselves a goal to eliminate the clinician’s frustration when performing these tests, making them practical both clinically and economically, and much easier to perform. We decided to simplify ABR and ASSR tests, and took a different approach to their recording.

First, we realized that detecting ABR and ASSR is not only about these signals per se, but also and largely about noises that mask the signals. We investigated the sources of noise and were amazed by their variety and magnitude: physiological (EEG, ECG, EOG, and EMG) electrical and magnetic fields, radio-frequency, and digitization noise, to name a few. In some settings, a conveyer motor in a cafeteria above the audiology clinic, or a hospital wireless network, or office equipment next door can stall all AEP testing for hours causing downtime for clinicians, and waiting and unnecessary extra visits for their patients.

Interestingly, radio-frequency interferences, which come from mobile phones, personal digital assistants (PDAs), pagers, cordless phones, wireless computer networks, and office equipment, sneak into the AEP recording systems, despite the fact that their frequencies (in megahertz and gigahertz bands) are thousands and millions times above the frequencies of ABR (30-300 Hz) and ASSR (70-110 Hz). This happens due to nonlinearity of AEP amplifiers, which rectify and demodulate RF signals. Once demodulated, the RF interference signal appears in the ABR and ASSR spectrum and there is no possible way to filter it.

Of course, sedating the patient and placing them into the electromagnetic shielding of the test room does help to reduce some noises, such as EMG, EOG, and electromagnetic field-induced noises. Unfortunately, not all of them: For example, the heart keeps beating and producing ECG noise. Brain activity synchronizes in relaxation resulting in dramatic EEG amplitude growth at around 10 Hz. To make things worse, the power line, to which a conventional AEP system is hooked up, supplies an abundance of noises no matter where the patient is.

As to the magnitudes of AEP signals and the accompanying noise, their ratio is also formidable: For example, ASSR signals vary from only 10-50 nanovolts (a nanovolt is a billionth of a volt) and ABR signals from 100-1000 nanovolts. On the other hand, noises at the amplifier input may reach millivolts (a millivolt is a thousandth of a volt), ie, larger than the signals by a factor of up to a million, or 120 decibel. Not surprisingly, detecting such tiny signals against the background of such monstrous noise is a formidable task for any AEP system. Conventional signal averaging does help, but prolongs the test time. In fact, when using conventional averaging, test time grows proportionally with the square of the noise, so doubling the noise results in quadrupling the test time.

We took a systematic approach that aimed at all the variety of noises affecting ABR and ASSR with a number of laser-pointed solutions: To reduce electric and magnetic field-induced noises, we started with signal amplification in situ—at source—by placing the AEP amplifier, which we called the Amplitrode™, directly on the ground electrode. Eliminating the ground wire and shortening the other electrode wires dramatically reduced electromagnetic field-induced noises, but physiological and radio-frequency-induced noises persisted. We reduced them dramatically by filtering prior to amplification. Then the power-line noise was eliminated by disconnecting from the wall completely—through wireless communication between the AEP-recording unit and the computer. The resulting universal wireless interface module, which we called the VivoLink™, allows the performance of most clinical AEP and OAE tests.

We also discovered that noises are introduced into the AEP system when signals are converted from their analog (continuous electric signal) to digital form (a combination of zeros and ones), which is called A/D conversion and is necessary for a computer to acquire, process, and display results to the clinician. If the dynamic range of A/D conversion is insufficient, then a large signal saturates the A/D input—similar to peak clipping in hearing aids—while very low signals, like ASSR and ABR, are “buried” in “digitization noise.” To eliminate this effect, we increased the A/D resolution from industry-standard 16 bit to 24 bit. Muscular artifacts (EMG), which often annoy clinicians when they instantly “destroy” a long-averaged and nice-looking response just before it is saved, were reduced by applying a novel signal-processing technique—the Kalman filtering.

We called the new system the Integrity™ to symbolize the integrity of results a clinician obtains with it. We believe that such a systematic approach can solve other frustrating problems that clinicians may be experiencing in their work and, therefore, welcome reports on any such problems. (Professionals are encouraged to contact Vivosonic at www.vivosonic.com.)

In conclusion, we believe that the tests a clinician performs should be not only diagnostically valuable, but also easy and convenient. The audiology clinician deserves nothing less than simple, intelligent, easy-to-learn and operate systems that make their lives easier and save them from this kind of frustration. It is not about the technology for the sake of technology: The technology should serve the clinician and the patient, but not frustrate them. Our whole civilization is going that way, and audiology is no exception. To this end, I foresee many more innovations to come into the field in the near future.

Taking the opportunity, I wish all the Hearing Products Report readers and their colleagues and families a very successful and happy new year! 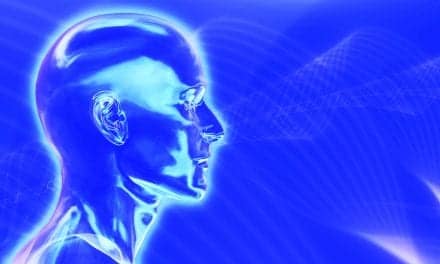 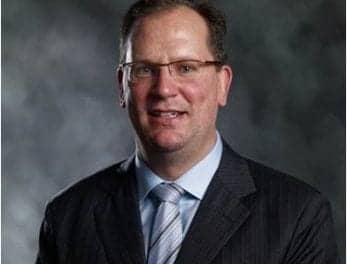