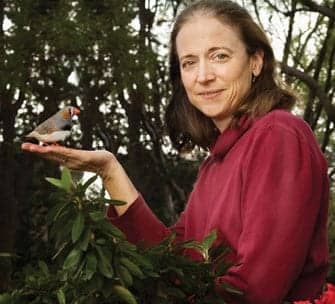 University of Southern California (USC) scientists have discovered a population of neurons in the brains of juvenile songbirds that are necessary for allowing the birds to recognize the vocal sounds they are learning to imitate.

These neurons encode a memory of learned vocal sounds and form a crucial (and hitherto only theorized) part of the neural system that allows songbirds to hear, imitate and learn its species’ songs — just as human infants acquire speech sounds.

The discovery will allow scientists to uncover the exact neural mechanisms that allow songbirds to hear their own self-produced songs, compare them to the memory of the song that they are trying to imitate and then adjust their vocalizations accordingly.

Because this brain-behavior system is thought to be a model for how human infants learn to speak, understanding it could prove crucial to future understanding and treatment of language disorders in children. In both songbirds and humans, feedback of self-produced vocalizations is compared to memorized vocal sounds and progressively refined to achieve a correct imitation.

“Every neurodevelopmental disorder you can think of—including Tourette syndrome, autism and Rett syndrome—entails in some way a breakdown in auditory processing and vocal communication,” said Sarah Bottjer, senior author of an article on the research that appears in the September 4 edition of the Journal of Neuroscience. “Understanding mechanisms of vocal learning at a cellular level is a huge step toward being able to someday address the biological issues behind the behavioral issues.”

Bottjer, professor of neurobiology at the USC Dornsife College of Letters, Arts and Sciences, collaborated with lead author Jennifer Achiro, a graduate student at USC, to examine the activity of neurons in songbirds’ brains using electrodes to record the activity of individual neurons.

The two sets of neurons allow the songbirds to recognize both their current behavior and a goal behavior that they would like to achieve.

“The process of learning speech requires the brain to compare feedback of current vocal behavior to a memory of target vocal sounds,” Achiro said. “The discovery of these two distinct populations of neurons means that this brain region contains separate neural representation of current and goal behaviors. Now, for the first time, we can test how these two neural representations are compared so that correct matches between the two are somehow rewarded.”

The next step for scientists will be to learn how the brain rewards correct matches between feedback of current vocal behavior and the goal memory that depicts memorized vocal sounds as songbirds make progress in bringing their current behavior closer to their goal behavior, Bottjer said. 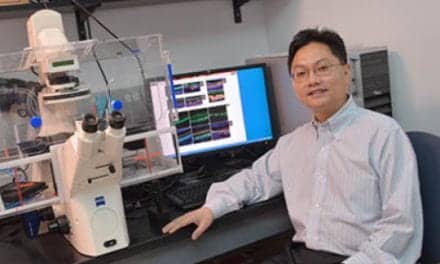 NIDCD Solicits Your Help in Updating Its Strategic Plan