Ottawa, Canada — The Canadian Association of Speech-Language Pathologists and Audiologists (CASLPA) said in a press statement that the absence of support for universal newborn hearing screening not only hurts child development, but also costs the Canadian government more in the long run.

The statement was in reaction to the absence of dedicated funding in Canada’s federal budget for a national universal newborn hearing screening program (UNHS) that is designed to detect permanent childhood hearing loss (PCHL).

“By not providing dedicated funding for a universal newborn hearing screening program, they are missing a real opportunity to improve care while saving money,” said CASLPA audiology board director, Dr Sean Kinden, in the statement.

According to CASLPA, approximately three to five per 1,000 babies born each year in Canada have some degree of hearing loss. The organization further says that UNHS programs use an inexpensive and non-invasive test that can quickly and accurately screen for hearing loss for as little as CAN$35 per test.

Historically, only those babies with high-risk factors have been screened for PCHL, but studies estimate that nearly 50% of infants with hearing loss have no high risk factors.

CASLPA states that relying on risk assessment alone means as many as half of children with PCHL are missed. Furthermore, because it is very difficult to detect PCHL based on observation alone, the absence of UNHS programs inevitably delays the identification of affected children.

While the United States and other countries consider newborn hearing screening as a standard of care, they are not infallible. A recent study published in Archives of Otolaryngology-Head & Neck Surgery, found that nearly one third of pediatric cochlear implant recipients pass newborn screening tests, but are then later diagnosed in infancy or early childhood.

“Undetected PCHL has been described by some researchers as a neurological emergency,” Kinden commented. “Extended periods of auditory deprivation have a significant impact on a child’s overall brain development and sensory integration. Deficits in speech, language, cognitive, academic, social, and emotional development are expected results of untreated hearing loss. The most direct and effective way of limiting the impact of these factors is to reduce the age at which hearing loss is identified and to start intervention as early as possible.”

Kinden concluded in the statement that the later hearing loss is detected, the higher the cost will be to the Canadian government. “By acting early through UNHS programs, treatment for hearing loss is less expensive and can be significantly more effective. This improves outcomes for the child and, ultimately, saves the government money. That’s a win-win situation.”

SOURCE: The Canadian Association of Speech-Language Pathologists and Audiologists 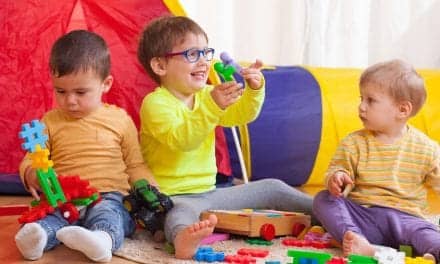 Test shows possibility to see what others do