Berlin, Germany — People with a certain form of inherited hearing loss have increased sensitivity to low frequency vibration, according to a new German study. The findings reveal that in order to be able to “feel,” specialized cells in the skin must be tuned like instruments in an orchestra.

The study from Professor Thomas Jentsch of the Leibniz-Institut für Molekulare Pharmakologie (FMP)/Max Delbrück Center for Molecular Medicine (MDC) Berlin-Buch and Professor Gary Lewin (MDC), conducted in cooperation with clinicians from Madrid, Spain, and Nijmegen, the Netherlands, was published in Nature Neuroscience.

The researchers looked at Spanish and Dutch families who have a history of hereditary DFNA2 hearing loss, which is caused by a mutation that disrupts the function of many hair cells in the inner ear. This mutation, the researchers suspected, might also affect the sense of touch.

In normal humans, the hairs in the inner ear vibrate to the pressure of sound waves. The vibrations cause an influx of positively charged potassium ions into the hair cells. This electric current produces a nerve signal that is transmitted to the brain, and a person hears.

The potassium ions flow through a channel in the cell membrane and again out of the hair cells. This potassium channel, a protein molecule called KCNQ4, is destroyed by the mutation in hearing-impaired people. The sensory cells gradually die off due to overload.

"We have found that KCNQ4 is present not only in the ear, but also in some sensory cells of the skin," Jentsch explained. "This gave us the idea that the mutation might also affect the sense of touch. And this is exactly what we were able to show in our research, which we conducted in a close collaboration with the lab of Gary Lewin, a colleague from the MDC who is specialized in touch sensation."

Touch conveys a variety of precise and important information about our environment. Humans distinguish between a rough and smooth surface by the vibrations that occur in the skin when the surface is stroked. For the different touch stimuli, there are sensory cells in the skin with different structures; through the deformation of the delicate structures, electric nerve signals are generated. However, exactly how this happens is still a mystery.

As a first step to uncovering how the signals are generated, the researchers in the Jentsch lab created a mouse model for deafness by generating a mouse line that carries the same mutation in the potassium channel as a patient with this form of genetic hearing loss. The touch receptors in the skin where the KCNQ4 potassium channel is found did not die off due to the defective channel like they did in the ear, but instead showed an altered electric response to the mechanical stimuli in the mutated mouse. They reacted much more sensitively to vibration stimuli in the low frequency range. The outlet valve for potassium ions normally functions here as a filter to dampen the excitability of the cells preferentially at low frequencies. This normally tunes these mechanoreceptors to moderately high frequencies in normal people. In mice lacking functional KCNQ4 channels, these receptors can no longer distinguish between low and high frequencies.

The Spanish and Dutch deaf patients with mutations in the potassium channel who were examined by Stefan Lechner and Matthias Heidenreich showed exactly the same effect. They could even perceive very slow vibrations that their healthy siblings could not perceive. Due to mutations in the KCNQ4 channel gene, the fine tuning of the mechanoreceptors for normal touch sensation was altered.

The sensation of touch varies greatly from person to person, some people are much more sensitive to touch than others. DFNA2 patients are extremely sensitive to vibrations, according to Lewin and Jentsch.

However, the researchers noted, “Although the receptors we studied became more sensitive due to the loss of the potassium channel, this may be outweighed by the disadvantage of the wrong ‘tuning to other frequencies.’ With KCNQ4 we have for the first time identified a human gene that changes the traits of the touch sensations.” 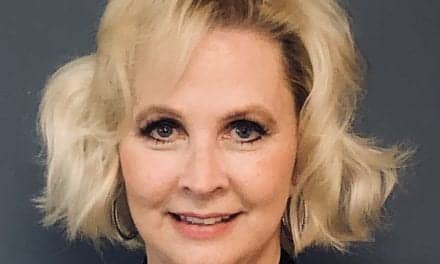