Beltone New England has experience tremendous growth in the past four years. Under Andreozzi’s direction, the organization has become the largest Beltone practice group in the US, the company reports. It has expanded from seven offices in Rhode Island in 2002 to more than 50 offices in seven states.

“This new office symbolized the extraordinary accomplishments that Michael and his team have achieved over the past four years,” Todd says. “We applaud Michael’s leadership and dedication to the hearing health care profession over the past 23 years, and look forward to his future contributions.”

“The foundation for our tremendous growth comes from teamwork in our organization,” Andreozzi says. “Everyone has a voice, everyone shares ideas on how to grow the business, and everyone is recognized for their efforts. Everyone in our group has a passion for helping people hear better.”

Reed, a strong supporter of Beltone New England, has been a leader in many issues in Congress, including education and health care. He serves on many committees, including the Senate Health, Education, Labor, and Pensions committees. 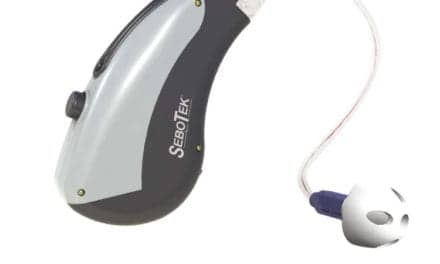 Plugged Into the Network