The Board of Directors of William Demant Holding A/S—the parent group of Oticon, Bernafon, Sonic, GSI, Maico, Interacoustics, and several other hearing industry brands—released the company’s annual financial report for 2013. According to WDH, highlights of the Annual Report included:

“I am very pleased that in 2013, we gained market shares in all three business activities, resulting in 14% growth in net profits and earnings per share,” said Niels Jacobsen, president and CEO of WDH in a press statement. “With Oticon’s introduction of a new technological platform in early 2013 and also the launch of a new Premium family called Oticon Alta, our largest hearing aid brand embarked on a new journey that created renewed momentum for the Group.

“2013 was another year of significant acquisition activity,” continued Jacobsen, “and our entry into the cochlear implant market [with French CI manufacturer Neurelec] is an important step towards further strengthening our position as one of the world’s strongest hearing healthcare companies. When considering the dilutive effect of spending more than DKK 1 billion (US$185 million) on acquisitions in 2013, I actually find a stable profit margin very satisfactory.”

Oticon’s MFi Hearing Aid. In spring 2014, Oticon will join Apple’s MFi program with Oticon’s first MFi connectivity solution for hearing aids. In order to ensure that as many end-users as possible will be able to benefit from Oticon’s MFi solution, the company says that availability will not be restricted to specific price segments; the MFi solution will be available to all existing and future users of Oticon’s ConnectLine instruments across the price spectrum—including an installed base of around 2 million current users of wireless Oticon hearing instruments.

Based on 2.4 GHz wireless technology, Oticon’s new MFi solution will reportedly enable iPhone remote control of Oticon’s ConnectLine hearing instruments, without compromising the audiological benefits and low power consumption that are said to be hallmarks of Oticon’s hearing aids. The controllable functions include program choice, volume control, etc, and “this is a clear signal that we are further exploiting the potential benefits to be derived from the new wireless technologies,” stated WDH.

GN ReSound launched their MFi hearing aid, called LiNX, in New York City, on February 24, and Starkey Hearing Technologies is expected to launch its MFi hearing aid soon, possibly during the upcoming AudiologyNOW! convention in late-March. Both are known to employ 2.4 GHz wireless technology without the need for an interface, but so far have not mentioned the technologies’ application to previous hearing aid models.

Exceeding market growth. WDH cited a stable global demand for hearing aids and positive volume growth rates exceeding the historical 2-4% growth levels; however the average selling price on the market for hearing aids declined by approximately the same percentage as volumes increased in 2013. The high demand by the NHS (National Health Service) in the UK and the changes to hearing healthcare systems in Denmark and the Netherlands clearly had a negative impact on average wholesale prices. In terms of market value, WDH characterized the overall market growth rate in 2013 as flat.

WDH realized an organic growth rate of 3% in its core segment of hearing aids, thereby exceeding the market growth rate by approximately 3 percentage points. It attributed this to a strong product offering and the January 2013 launch of its premium product Oticon Alta, which is based on the new Inium platform. According to WDH, improvements in Alta compared with previous Premium instruments, such as twice the working memory, a significantly improved anti-feedback system and a unique customisation tool, resulted in very positive responses from both end-users and dispensers and increased market share in the Premium segment.

According to WDH, Sonic continued the positive trend of re-establishing itself as a viable brand with interesting product concepts based on new technology. WDH reports that Sonic saw fair growth in 2013 and is expected to continue its growth path in 2014. Bernafon’s growth in 2013 was reportedly driven by important introductions, including the high-end Acriva 9/7 in April and the mid-priced Carista 5/3 in September.

With the acquisition of the French manufacturer of cochlear implants (CI), Neurelec SA, WDH says it has taken a crucial step towards becoming a full-line hearing implant manufacturer and thus a true hearing healthcare company, offering a full range of hearing solutions.

Likewise, the bone-anchored hearing systems business of Oticon Medical also saw growth in 2013 and once again captured market share. The company reportedly saw rapid penetration of the introduced tissue preservation surgical techniques, and surgeons have been reportedly quick to adapt to these new methods. On early November, the new wireless Ponto Plus sound processor family based on the Oticon Inium platform was released for sale.

Despite uncertainties, more growth predicted for 2014. In its financial summary, WDH acknowledged market uncertainties and challenges, including channel mix changes, price competition, short- to mid-term margin dilution from acquired distribution activities, and the establishment of future growth platforms like the company’s investment in cochlear implants.

In 2014, WDH says it expects to continue to deliver growth in all of its business activities. “As far as wholesale of hearing instruments is concerned, our growth will mainly be driven by fully updated and very competitive product portfolios combined with the ongoing conversion to Group-manufactured products in acquired distribution activities,” said the statement. “For Oticon, growth will be backed by the Inium platform and further supported by Oticon joining Apple’s Made for iPhone programme in spring 2014, resulting in Oticon’s first Made for iPhone connectivity solution for wireless hearing instruments.” 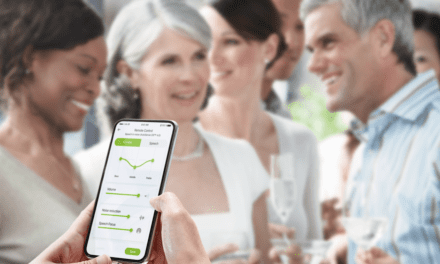 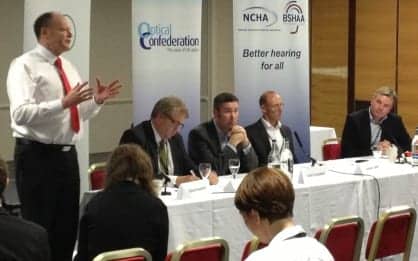 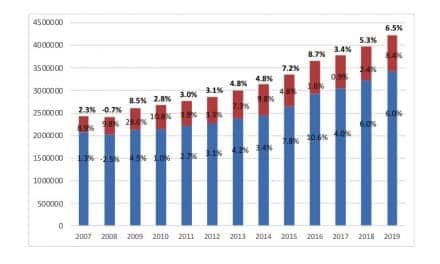