Founded in 1985, EHIMA represents the six major European hearing instrument manufacturers, producing up to 90% of hearing aids made in Europe. 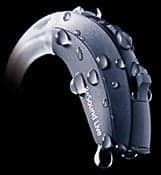