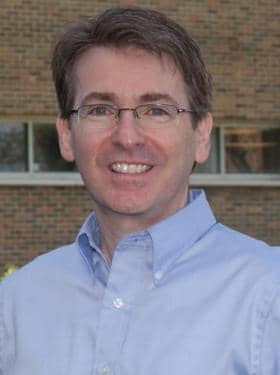 Computer engineers and hearing scientists at Ohio State have made a potential breakthrough in solving a 50-year-old problem in hearing technology: how to help the hearing-impaired understand speech in the midst of background noise.

In the Journal of the Acoustical Society of America, they describe how they used the latest developments in neural networks to boost test subjects’ recognition of spoken words from as low as 10% to as high as 90%.

The researchers hope the technology will pave the way for next-generation digital hearing aids. Such hearing aids could even reside inside smartphones; the phones would do the computer processing, and broadcast the enhanced signal to ultra-small earpieces wirelessly.

Several patents are pending on the technology, and the researchers are working with leading hearing aid manufacturer Starkey, as well as others around the world, to develop the technology.

Conquering background noise has been a “holy grail” in hearing technology for half a century, explained Eric Healy, professor of speech and hearing science and director of Ohio State’s Speech Psychoacoustics Laboratory.

The desire to understand one voice in roomful of chatter has been dubbed the “cocktail party problem.”

“Focusing on what one person is saying and ignoring the rest is something that normal-hearing listeners are very good at, and hearing-impaired listeners are very bad at,” Healy said. “We’ve come up with a way to do the job for them, and make their limitations moot.”

Key to the technology is a computer algorithm developed by DeLiang “Leon” Wang, professor of computer science and engineering, and his team. It quickly analyzes speech and removes most of the background noise.

“For 50 years, researchers have tried to pull out the speech from the background noise.  That hasn’t worked, so we decided to try a very different approach: classify the noisy speech and retain only the parts where speech dominates the noise,” Wang said.

In initial tests, Healy and doctoral student Sarah Yoho removed 12 hearing-impaired volunteers’ hearing aids, then played recordings of speech obscured by background noise over headphones. They asked the participants to repeat the words they heard. Then they re-performed the same test, after processing the recordings with the algorithm to remove background noise.

They tested the algorithm’s effectiveness against “stationary noise”—a constant noise like the hum of an air conditioner—and then with the babble of other voices in the background.

“That means that hearing-impaired people who had the benefit of this algorithm could hear better than students with no hearing loss,” Healy said.

A new $1.8 million grant from the National Institutes of Health (NIH) will support the research team’s refinement of the algorithm and testing on human volunteers.

The algorithm is unique, says Wang, because it utilizes a technique called machine learning. He and doctoral student Yuxuan Wang are training the algorithm to separate speech by exposing it to different words in the midst of background noise. They use a special type of neural network called a “deep neural network” to do the processing—so named because its learning is performed through a deep layered structure inspired by the human brain.

These initial tests focused on pre-recorded sounds. In the future, the researchers will refine the algorithm to make it better able to process speech in real time. They also believe that, as hearing aid electronics continue to shrink and smartphones become even more common, phones will have more than enough processing power to run the algorithm and transmit sounds instantly—and wirelessly—to the listener’s ears.

Some 10% of the population—700 million people worldwide—suffer from hearing loss. The problem increases with age. In a 2006 study, Healy determined that around 40% of people in their 80s experience hearing loss that is severe enough to make others’ speech at least partially unintelligible.

One of them is Wang’s mother, who, like most people with her condition, has difficulty filtering out background noise. “She’s been one of my primary motivations,” Wang said. “When I go visit her, she insists that only one person at a time talk at the dinner table. If more than one person talks at the same time, she goes absolutely bananas because she just can’t understand. She’s tried all sorts of hearing aids, and none of them works for this problem.”

“This is the first time anyone in the entire field has demonstrated a solution,” he continued. “We believe that this is a breakthrough in the true sense of the word.”

The technology is currently being commercialized and is available for license from Ohio State’s Technology Commercialization and Knowledge Transfer Office. 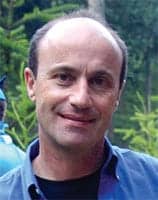 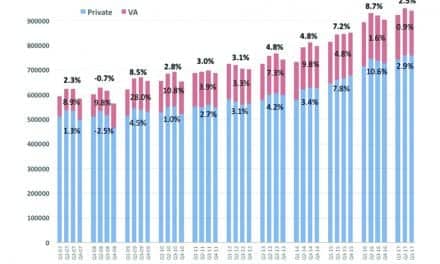 Adding Closure to the Dispensing Process