Panasonic Bone-Conduction-Headphonesline-up of headphone products at the 2013 Consumer Electronics Show in Las Vegas.

The wireless headphone model provides sound transmission via bone conduction, freeing up a user’s ears for other important sounds, and are wireless to ensure they don’t interfere with active users’ activities.

To provide sound transmission, the Panasonic RP-BTGS10 headphones sit directly in front of a user’s ear canal, instead of inside or over the ear canal, where vibrations move through the bone directly into the auditory nerve, producing crystal clear sound. With placement outside the ear, the headphones have the ability to free up one’s eardrum, giving users the opportunity to hear their favorite music while still listening to the outside world. The headphones are designed to be convenient for use in the office or while jogging or cycling, allowing users to listen to their favorite music while still hearing the voices of colleagues, the ring of a telephone, or the beep of a car horn.

The headphones are also equipped with a bone conduction microphone, which enables users to record voice notes or take telephone calls while listening to their music. Like the headphone unit, the microphone picks up spoken sound via bone conduction, based on the vibrations of a user’s voice.

With wireless headphone technology, the headphones also allow the elderly and those with mild hearing loss to stream sounds directly from a Bluetooth-enabled television into the Panasonic headphones. 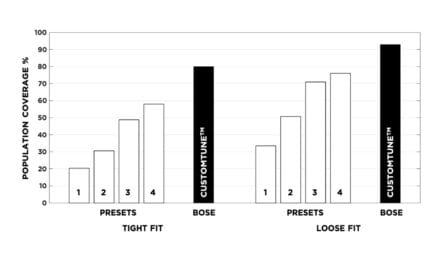 The Verdict Is In