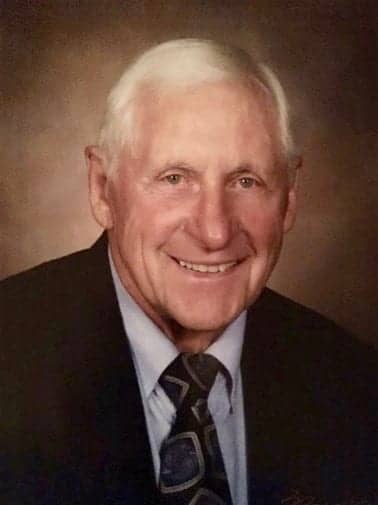 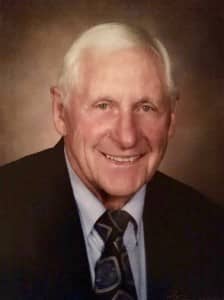 Geary McCandless, PhD, a leading audiologist, recognized nationally and internationally for his innovative research in electrophysiology and hearing aid fitting, passed away on January 4, 2017. He was 86. Dr McCandless served the audiology world as a clinician, teacher, mentor, scientist, lecturer, and researcher. During his exemplary career, he published more than 90 articles and 40 book chapters and presented hundreds of invited lectures. His research reflected his innovative and original thinking about the challenging topics of his day. He was an outdoor adventurer enthusiast, and was knowledgeable and successful in every activity he attempted—ranging from archeology to aviation to painting beautiful southwestern landscapes in oils.

Dr McCandless retired as a Professor Emeritus from the University of Utah in 2002 after a distinguished career spanning over 40 years. He received his BA and Master’s Degree in Audiology from Brigham Young University (BYU) in 1953 and 1956, respectively, and his PhD from Wayne State University in 1959 studying under John Gaeth. Dr McCandless held several faculty and administrative appointments including Associate Professor at the University of Colorado Medical School; Head of Audiology, Division of Otolaryngology at University of Utah; and Associate Dean and Interim Dean of the College of Health and Acting Chair, Department of Communicative Disorders at the University of Utah. He was widely sought after by industry to help develop and evaluate new products including hearing aids, cochlear implants, and a wide assortment of audiometric equipment.

During the mid-1960s, Dr McCandless was among the first to investigate the utilization of computerized cortical evoked responses as a clinical procedure. He pioneered research in 1964 on the use of auditory evoked potentials in children (late waves) and helped to develop the computerized instrumentation to record these potentials for auditory diagnosis. His publications provided the groundwork for standardization of evoked response testing protocols in use today in terms of best electrode placement, effects of frequency and stimulus variations and presentation, and sedation. He also conducted research which helped establish normative standards for acoustic immittance measurements and its application in evaluating middle ear disease. His research on the Symbion-Ineraid Cochlear Implant helped demonstrate the benefits of multi-channel implants over single-channel devices.

Dr McCandless is perhaps best known for his research and publications with hearing aids and amplification. He was among the first to advocate “open ear molds” through large vents to reduce sound pressure at the tympanic membrane, thereby reducing potential noise induced hearing loss. Geary, along with Paul Lyragaard, developed the widely used prescriptive method for hearing aid fitting known as POGO (Prescription of Gain and Output). He developed a protocol using the onset of the stapedius reflex to set the output limit of hearing aids fitted to infants and young children. He developed the fitting algorithms for Songbird, the world’s first disposable hearing aid, along with the fitting selector used by dispensers to select the appropriate response and gain levels for the device.

Dr McCandless published reports on tympanometry and acoustic reflex measurements and their use in hearing aid evaluations, newborn and infant hearing testing, maturation of the stapedial reflex response, otitis media screening in Native Americans, auditory dysfunction in patients with facial paralysis, and he even published a descriptive report of the temporal bones of dinosaurs. He served on a variety of editorial boards, was elected President of the American Auditory Society (1977-78) and received many honors during his career. He was a Fellow of ASHA and AAA, a recipient of an Outstanding Faculty Scholar award at University of Utah, and the Frank R. Kleffner Clinical Career Award from ASHA. He served as a consultant to government agencies and participated as a committee member of many state, national and international initiatives.

An exceptional athlete, Geary ran in 25 marathons and qualified and ran in the Boston Marathon; he was a magnificent snow skier and an excellent water skier. Geary and his wife, Marsha (also a noted audiologist), loved the southwest and explored every corner of each state hiking and/or riding mountain bikes, dirt bikes, or their motorcycles. As a licensed pilot, he flew his own planes to remote locations. Geary and Marsha spent much of their free time boating at Lake Powell and spent many summers boating in the San Juan Islands of the Northwest. In their retirement, they traveled extensively visiting more than 60 countries.

The Hearing Review thanks Dr Northern for this tribute to Dr McCandless. To see the obituary, please click here.