It’s a well-accepted fact that speechreading helps people (in all hearing-deficit situations) radically improve their speech perception. But how much do we really know about the cognitive capabilities of clients/patients who are using speechreading with various levels of success? This paper provides an overview of the cognitive research that a distinguished group of researchers in Sweden has carried out in the areas of visual speechreading, speech understanding with cochlear implants and tactile aids, and speech recognition with hearing instruments.

About 20 years ago, researchers at Linköping University in Sweden hypothesized that visual speechreading—and everyday practice from being a deaf or profoundly hearing-impaired speechreader—was sufficient to establish superior speechreading skills compared to a normal-hearing, age- and education-matched group. After a number of studies during the 1980s and early 1990s, we finally accepted the null hypothesis and conclusion that visual speechreading abilities do not improve spontaneously as a function of long-term, everyday exposure to, and demands on, visual language communication.

Compensation (ie, better performance or selective enhancement in certain speech conditions for the deafened group compared to a matched control group) was not found. This result held true irrespective of the type of presentation (video vs. real-life),1 type of materials (digits vs. discourse),2 for just-follow conversation tasks,3 for different durations of impairment, and for different levels (in dB) of hearing loss.1,2,4,5 In general, it seems that spontaneous improvement or compensation is a cherished myth rather than a definite reality.6,7

Acquired and Congenital Hearing Loss
Despite this apparent generality, there is an important constraint to be noted: In our studies, we are referring to the situation for adults with acquired hearing loss, not to individuals who have a congenital loss, or to those who have experienced a very early onset of the hearing impairment. Referring to the latter cases, Bernstein, Tucker & Auer8 have found signs of compensatory effects for early and profoundly hearing-impaired users of hearing aids on vibrotactually mediated speech perception (this work was further supported by the research of Bernstein et al9).

More recently, Bernstein, Demorest & Tucker10 have demonstrated that experience from speech perception without hearing in the severely hearing-impaired individual can result in enhanced visual phonetic perception which, in turn, is associated with such abilities as visual sentence perception. This possibility is also obvious from one of our own studies by Tillberg et al,11 where we clearly found that early and profound hearing loss contributed to improved visual speech perception.

It might be added, in this context, that one should perhaps not be too surprised that compensation exists as a more general possibility relative to brain and language interactions. The growing cognitive literature on early acquisition of signed language and its facilitative impact on cognitive functions (eg, attention, spatial functions, and memory) also testifies to the possibility of cortical plasticity, neural reorganization, and concomitant perceptual-cognitive changes in the deaf (for a review, see Rönnberg, Söderfeldt & Risberg12).

In view of this, our generalization about compensation obviously was a bit too pessimistic. However, within the limitations of this generalization, the combined empirical picture—across groups with normal and impaired hearing, as well as normal variations of skill—suggests that important parts of the variation in speechreading skill can be explained by individual differences in cognitive and perceptual subskills (for an overview, see Rönnberg et al.13).

Predictors of Sentence-Based Speechreading
Briefly, direct predictors of sentence-based speechreading are represented by skill at word decoding tests (lipped words, as opposed to mere discrimination of lip movements),14 and certain aspects of the speed of information processing, such as lexical and semantic access speed, as opposed to physical and name-matching speed.5 When verbal inference-making is assessed by a sentence completion test rather than a word completion test, it predicts successful sentence-based lipreading.4 Indirect predictors of sentence-based lipreading are:

Skilled Speechreaders
On the basis of a set of case studies of extremely skilled speechreaders, the importance of these cognitive abilities seems to be unvarying across communicative forms and onset of impairment. That is, cognitive functions add to the general capacity of communicating with poorly specified signals. However, there is one qualification to be made: We assume—and have shown in the case studies of extreme speechreading skill17-19– that bottom-up processing is important up to a certain threshold only,20 but is generalizable to both children21 and adults.22 The existence of such a threshold is presumed to be due to the efficiency of visual, phonetic, and lexically supported perception being constrained by visual-neural and lexical access speed, as well as by the quality and speed with which phonological representations are accessed.23,24

Framework for a Working Memory System
A framework for a general working memory system for the processing of poorly specified language input has been sketched.25 In its general form, the framework is an expression of the continuous interaction between perceptual input channels, working memory, and long-term memory. In other words, information retrieved from long-term memory about a particular communicative situation or topic has a top-down influence (eg, in the form of schema or semantic knowledge) on the processing of a particular perceptual input. The more degraded, distorted, or unintelligible the signal, the greater the contribution from long-term memory and, conversely, the more specified the perceptual input (sometimes conveyed by several channels in concert), the less the need for perceptual enrichment (see Samuelsson & Rönnberg26 for a model).

Application of the framework has demonstrated that roughly similar predictors play a significant role when it comes to efficiency of tactile aid use, cochlear implant functioning, and to hearing aid use. For example, the type of tactile display does not have any major effect in a short-term tactile-training speech-tracking program (10 weeks), whereas cognitive predictors (especially word decoding and rhyme tasks using long-term representations of phonology) account for major portions of the performance.13

Further systematic work also underscores the importance of cognitive predictors for transfer of tactile benefit and for different types of speechreading criteria.27,28 Cognitive predictions of speech understanding with cochlear implants are tapped by both rhyme tasks and by the reading span task, which assess simultaneous information processing and storage capacity.29 The ability to take advantage of different noise signal processing modes in hearing aids also —and very interestingly—seems to capitalize on high capacity for simultaneous information processing and storage (again assessed by the reading span task).30

Conclusion
It is quite clear to our research group that cognitive psychology yields new insights into speech communication relative to impoverished signals. Explicit, theory-driven cognitive tests seem to be useful prognostic tools in aural rehabilitation and alternative communication. It is easy to see that this type of approach can be implemented for screening, assessment, and rehabilitative purposes in the clinic. Such work is currently under way in Sweden.

Acknowledgements
This research is supported by a grant from the Swedish Council for Social Research (30305108). The information in this article was originally presented at the International Adult Aural Rehabilitation Conference held in Portland, Maine, in May 2001.

A Higher Level of Awareness 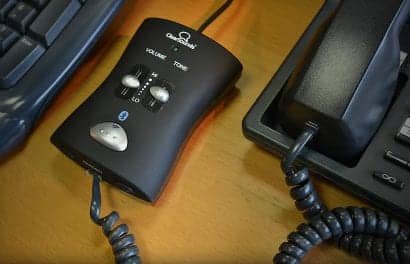