On August 19, President Trump signed into law the Food and Drug Administration (FDA) Reauthorization Act of 2017, an omnibus legislative package that included the Over the Counter Hearing Aid Act of 2017 designed to provide greater public accessibility and affordability with hearing devices (see p 9). Although the FDA may be several hearings and commentary periods away from establishing a new classification for OTC hearing devices, there is now no real doubt that an OTC device category will be created. If you were to cite the victors and vanquished in this battle, one would have to say that—although the field may have been tilted from the get-go—the Hearing Industries Association (HIA), American Speech-Language-Hearing Association (ASHA), and International Hearing Society (IHS) lost out to the more powerful interests (or persuasive arguments, depending on your perspective) of the Consumer Technology Association (CTA), the Hearing Loss Association of America (HLAA), and the Academy of Doctors of Audiology (ADA), while the American Academy of Audiology (AAA) remained mostly neutral.

The debate now moves from “if” an OTC class of hearing devices should exist to “what” that OTC class will look like. And that debate, indeed, will fill many pages of reporting in this magazine during the next year or more; Congress has mandated the FDA to establish an OTC category for adults with “perceived” mild-to-moderate hearing loss within 3 years of passage of the legislation, and finalize a rule within 180 days after the close of the comment period. But my guess is you can expect things to happen much faster than that.

As I’ve mentioned in previous editorials, the FDA has been in something of a pickle; on one hand, it wants to foster greater competition and innovation in hearing healthcare by encouraging new technology, affordability, and accessibility so consumers can fully benefit from all current and future amplification devices; on the other hand, it understands that hearing loss is a chronic medical condition that often leads to a raft of serious medical, social, and economic problems. The FDA also has a set of proposed guidelines for personal sound amplification products (PSAPs) that it must consider. Albeit with noble intentions, the agency had painted itself into a corner, and now there are several potential routes for escape. For example, relative to a new OTC hearing device classification, the HIA is advocating for a more traditional and conservative system with at least some device performance standards and restrictions  (eg, output limits, frequency response testing, etc) and consumer protection provisions (eg, Good Manufacturing Practices or GMPs), while maintaining a PSAP category for devices that are not intended to treat hearing loss.  Conversely, the CTA would like to see the adoption of what it views as the more practical and industry-friendly voluntary standards it created for PSAPs, with minimal regulation. It has also developed a consumer-facing logo (see August HR, p 9) that would signify a product complies with its standard. Although one might think the FDA—a body entrusted “to protect the public health by ensuring the safety, efficacy, and security” of products and devices—would lean toward the side of caution, the current administration, anti-regulatory environment, and many of the Agency’s recent actions haven’t exactly appeared to hew that course. (For a more in-depth review, see the Special Report, “NASEM Committee Looks at Regulations for OTC Hearing Devices,” in the July 2017 Hearing Review.)

Importantly, the Federal Trade Commission (FTC), which also hosted an important April 19 workshop (see May 2017 HR, pgs 8-9), may also add to the complexity. The current OTC legislation advocates for state regulations and licensure laws to be preempted by new federal statutes. There is a patchwork of rules governing licensure requirements and fees, return policies, insurance, and many other issues at the state level. Particularly with regard to opening up the issues surrounding professional licensure, this is a chilling thought.

The bottom line is that change really is coming. Judging from attendees’ reactions at the recent IHS Annual Convention in Atlanta (held at press time), few professionals are panicking. Adjustments may be required for product offerings, business models, and marketing, but those professional who make astute adjustments may prosper from the changes. We’ll be devoting a lot of pages to these issues in future months, so stay tuned. 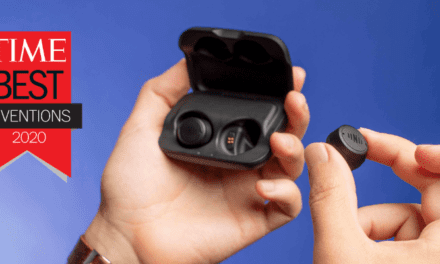