This article originally appeared in the July 3, 2012 Hearing Health blog written by Christine Diles, AuD, and Judy Huch, AuD, that can be found at: hearinghealthmatters.org/hearinprivatepractice

For people who wear hearing aids, using the telephone can be frustrating. Not only can hearing and understanding be difficult, but feedback generated by placing the handset near the hearing aid can be distracting and annoying.

Christine Diles, AuD, has been a clinical audiologist since 1980, working in both private practice and medical settings. She has provided diagnostic evaluations for physicians in their offices as well as in a hospital-based clinic affording her the experience of working with a wide variety of patient populations. She has also been involved in rehabilitation, including dispensing hearing aids and patient education. Presently, Dr Diles is in private practice with her husband William (Bill) Diles, MA, running three offices located in Santa Rosa and Petaluma, Calif. She also serves as a member.

The evolution of and dependence upon telecommunications in our society cannot be overstated. Phones are everywhere, and everyone is on them. In a recent MarkeTrak study, it was reported that hearing “perfectly” on the phone was the second most important feature for people who admitted to having hearing loss, but who had not chosen to use hearing aids. The respondents were more likely to purchase hearing aids if they could hear “perfectly” on the phone. While there are many factors involved in the decision to use hearing aids, when it comes to performance and features of the instruments, telephone usage is a big deal.

There are actually several approaches that can be taken to help hearing aid users succeed on the phone. For users with mild to moderately severe hearing loss, we can offer telecoils, amplified telephones, inductive neck loops, as well as Bluetooth relay devices paired to cell phones. Extended-wear, deep-fitting devices (Lyric) are another relatively new option that some of our patients have chosen specifically due to the ease and familiarity of phone use technique.

It is generally accepted that hearing with both ears is superior to using only one ear. This holds true for the phone as well, with the added benefit of eliminating distracting sound from the off side. One major hearing aid manufacturer did a small study that found that 75% of the people they questioned reported an improvement with a binaural signal compared to hearing in only one ear.

We have found that for our mature users, they are often best served with fewer accessories to handle. While neck loops allow the telephone signal to be heard in both ears, putting on/taking off and connecting the neck loop are barriers that many refuse to accept. The same is true of the Bluetooth relay devices, but these devices also require charging, as well as pairing to the phone. More things to think about, deal with, keep track of, etc. 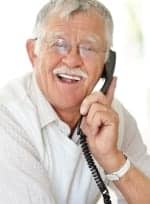 The easiest and most elegant solution that we have found (along with the extended wear devices) is to fit our patients with instruments that automatically stream the telephone signal from ear to ear. We program the hearing aids with an automatic T (telecoil), which is tripped by the magnet from the handset. We also provide our patients with a handful of magnets to put on the telephones they normally use to “supercharge” the magnetic tripping of the telecoil. Users can then answer the phone normally and hear the signal in both ears. The learning curve is almost flat, since the only behavior users need to change is to hold the handset slightly up and back to get the best result.

Hearing aids have a tough job to do and, frankly, they often don’t get the credit they rightly deserve. They must restore conversational hearing in a myriad of listening environments. They have to bring in signals from far away, such as in church and at lectures. They have to look good, feel good, and sound good. Potential users, those who could benefit but are still on the fence, have said they want hearing aids that “work perfectly on the phone.”

Perfection? While perfection is a lofty and unmet goal, automatic binaural phone is pretty darn good.

What do you think? Chime in on Dr Diles’ blog page at hearinghealthmatters.org/hearinprivatepractice/2012/one-ringy-dingy/ 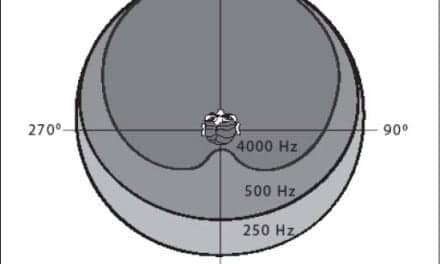 Back to Basics: On LRADs, Trumpets, and Loudspeakers