“For the seventh year in a row, we had tremendous support from our friends all over the world who helped us raise an amazing $4.5 million to further our mission of promoting hearing health awareness and helping the world to hear,” William F. Austin, founder of the Starkey Hearing Foundation, says. “I offer my heartfelt thanks to everyone who was a part of this year’s gala and who, through their generosity of time and money, helped make the world a better place for so many children.”

The Starkey Hearing Foundation donates hearing aids to underprivileged children in the United States and internationally. Thanks to funds raised during the annual event, the foundation has been able to donate an estimated 200,000 hearing aids in the past seven years to children in need.

Learn more about the Starkey Hearing Foundation at www.sotheworldmayhear.org. 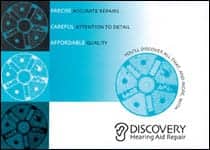