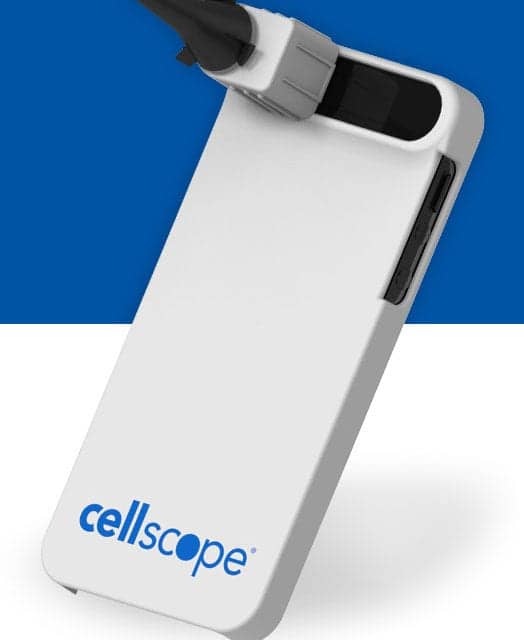 A new, smartphone-enabled otoscope reportedly provides clear, transmittable images of the ear drum, or tympanic membrane, which someday may allow for ear infection diagnosis without a visit to the doctor’s office, according to an abstract presented on Monday (October 28, 2013) at the American Academy of Pediatrics (AAP) National Conference and Exhibition in Orlando. 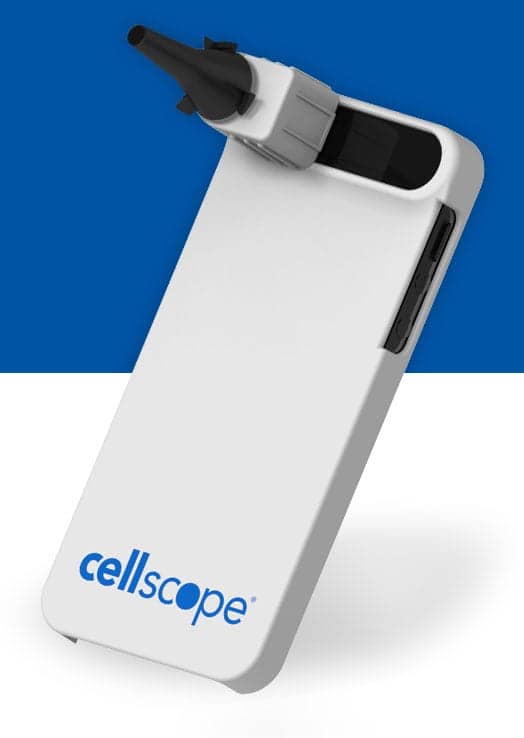 In the study, “Comparative Assessment of a Smartphone Otoscope for the Diagnosis and Management of Acute Otitis Media,” researchers studied the effectiveness of a smartphone otoscope attachment and app in accurately diagnosing acute otitis media (AOM), or ear infections, in children. The research involved 63 children with upper respiratory symptoms who sought care at a single, major urban emergency department (ED) between May and December 2012. Each child was examined with a conventional otoscope, as well as with the CellScope Oto, a new device that attaches to a smartphone providing video of the inner ear through an app.

A total of 49 children (mean age, 2.9) were diagnosed with AOM. There was no difference in the diagnostic quality or confidence ratings between devices by independent physicians who viewed the images captured by researchers. Diagnosis and treatment recommendations also were comparable by device.

The smartphone app facilitates viewing a child’s ear tympanic membrane. A total of 95% of parents responded favorably to viewing the images, and also said they would feel comfortable operating the attachment and app on their own.

“The CellScope Oto allows parents to see what the doctor sees, which helps them to better understand the child’s diagnosis and treatment,” said study author Kathryn Rappaport, MD. In addition, the video images provide a baseline and ongoing documentation of the child’s ear infections.

“Now you can have actual video documentation of findings that can be followed over a period of time which can help in diagnosis and treatment decisions,” she said.

Parents also were very receptive to obtaining images of their child’s ear remotely, or from their home, and transmitting them for diagnosis, said Dr Rappaport.

Preview of the AAA Convention

Audigy Selected as One of Oregon’s Top Workplaces