We are all too familiar with the math; in the United States, approximately 1 out of every 3 adults over the age of 60 has hearing loss, while more than 50% of individuals over the 85 have a hearing loss.1 Recent estimates indicate that 3.8 million—or 14.2% of Americans ages 50+ with hearing loss—wear hearing aids. For patients 50 years and older in the United States with hearing loss, 1 in 7 have obtained a hearing aid, and for working-age adults (ages 50-59), the rate of hearing aid acquisition declines to less than 1 in 20.2 There are thought to be several causes for this low rate of hearing aid acquisition among adults, including a lack of reimbursement, high prices, and stigma.

Like many medical conditions, successful intervention requires adults with adult-onset hearing loss to change their thinking and behaviors with respect to their disability. For patients with hearing loss, this typically involves seeking professional hearing care for an evaluation, using amplification, and perhaps completing some type of rehabilitation program.

Over the past several years, research has attempted to uncover the reason for a lack of hearing aid uptake among adult non-users. Various health behavior change (HBC) models have been used to describe the process of coming to terms with an acquired hearing loss and taking the necessary steps to manage it. Manchaiah3 provides an overview of many of these HBC models as they relate to hearing healthcare and the provision of hearing aids. Recently, Laplante-Levesque, Hickson, and Worrall4 conducted research on the validity of a well-known four-stage HBC model. Their work suggests that hearing-impaired adults can be reliably categorized into one of the four stages shown in a continuum (Figure 1).

If you are trying to jolt patients into action, try asking your patients these two questions during the initial hearing evaluation:

After you receive an answer to this question (assuming the answer is not a 9 or 10), the follow-up question you can ask is:

According to Dr Pantalon, this second, irrational question often catches many people off guard. The first question asks them to quantify their perception of the problem, while the second requires a more detailed explanation that is likely to take patients out of their comfort zone as they explain why a higher number was not chosen. It is during this process that patients can get on the path to behavior change.

Palmer et al6 provide us with some insight on how Question 1 can be adapted in your clinic. Their results showed that 16% of study participants rated themselves as “8-10,” 31% rated themselves as “6-7,” and 53% provided a rating of “1-5.” Their results, moreover, showed approximately 80% of participants with a rating between 1 and 5 obtained amplification, while less than 20% of participants with a self-rating of 8 to 10 obtained hearing aids. The big opportunity, however, seems to rest with those who have a self-rating of 6-7, as about 50% of the time this group failed to obtain hearing aids at the time of the evaluation.

If the two questions listed above provide the sudden jolt that leads to behavior change, perhaps the gentle nudge to improved communication rests with in-home use of a personalized trial device. Unitron has recently developed a solution that allows clinicians to choose 1 of 5 possible technology levels to be used in a single trial device. Through simple software adjustments, this device, which is called Flex:trial, can be worn for a trial period defined by the clinician before a patient decides on the purchase of a device.

It is thought that this type of device, which allows patients to experience a low-risk at-home trial before purchase, would be an effective complement to motivational interviewing techniques and possibly improve the conversion rate of patients who choose not to pursue amplification but would ordinarily benefit from it. For example, the combination of motivational interviewing and use of a customizable trial device could be implemented in the following manner: During the routine hearing aid evaluation, the clinician asks the patient the first question, “On a scale of 1 to 10, with ‘1’ being the worst and ‘10’ being the best, how would you rate your overall hearing ability?” Let’s say the patient responds to the first question with a self-rating of 6 or 7. Patients who classify themselves in this range are likely to have a substantial hearing loss,6 but may be still contemplating any behavior changes. These patients are perhaps best described as “fence-sitters,” and need a gentle nudge into action. An extended at-home trial with Flex:trial may be in order.

Beyond asking the two questions mentioned previously, clinicians can provide the sudden jolt some patients may need to realize acceptance of amplification is in their best interest. Helping patients realize the benefits of improved communication begins by asking patients thoughtful questions. For example, the clinician can begin the dialogue by saying: “Just for the sake of argument, imagine you’ve already obtained hearing aids. How do you think you’d feel then?” This line of questioning allows patients to tap into their own reasons for making a change.

Once this type of dialogue has been established, clinicians can introduce Flex:trial as a way to personally experience the positive effects of amplification without the pressure of making an immediate purchasing decision. In a shared decision-making paradigm,7 the approach is likely to result in more patients taking action and getting the help they need and deserve.

In order to test the hypothesis that Flex:trial would benefit patients on-the-fence about amplification, eight clinics participated in a field study as part of their participation in a Flex:trial pilot program. The remainder of this article summarizes the results of a 90-day pilot study in which Flex:trial was used to convert hearing aid consultation appointments into hearing aid users.

Traditionally, hearing care professionals have relied on the in-office hearing aid demonstration as a core part of the appointment process, as 75% of patients have been reported to receive one.8 One recently published survey reports that approximately one-quarter of all practices in the United States conduct a demonstration on 100% of their patients.8 Clearly, a substantial number of practices recognize the importance of hearing aid demonstrations and how they contribute to the conversion process.

Although there are no published reports on how these demonstrations are conducted, it has been suggested that the demonstrations are administered in the office using off-the-shelf stock devices that are sometimes not exactly right for the individual’s audiogram. In addition, demonstrations done in the office cannot mimic all the actual situations or environments that patients encounter. Considering less than half of all hearing aid candidates agree to purchase at the time of their appointment,9 it is thought that Flex:trial might improve these conversion rates. The purpose of this pilot study was to test this hypothesis.

The purpose of the pilot study was to investigate the use of Flex:trial in the clinical process and how it might contribute to an improved conversion rate. During a 6-hour classroom course, participants were instructed on the Flex:trial device and its programming software. Part of the course consisted of learning a systematic clinical process, which participants were expected to implement in their practice during the pilot program.

Because Flex:trial is a new concept, it is believed that modifications to clinicians’ current fitting protocol are needed in order to achieve improved patient acceptance of amplification during the pilot program. This methodical clinical process using Flex:trial consisted of the following:

Practices that participated in the pilot study voluntarily agreed to share their conversion rate over a 90-day period of time following the completion of the instructional course. Conversion rate was defined as the number of patients agreeing to purchase amplification divided by the number of patients with an “aidable” hearing loss. Practices that participated in this pilot study were asked to calculate their conversion rate for 90 days prior to using Flex:trial in their practice and compare that to their conversion rate using Flex:trial. Additionally, practices were asked to complete a survey at the completion of the pilot program that evaluated their attitude with respect to Flex:trial as a clinical tool.

In review of this again, there is no value in speaking to 15 clinics as only 8 signed up to participate. Following the 90-day pilot study, 5 of the 8 practices demonstrated an improvement of their respective conversion rates at the end of the pilot program. Table 1 shows the improvement in conversion rates for those five practices following the pilot program. Given that no other changes or modifications to their clinical processes or personnel were made during the 90-day pilot, it is thought that the improvement is likely attributed to the introduction of Flex:trial into their clinic.

It is noteworthy that 3 of 8 clinics reported a slight decline in their conversion rate after the pilot study. Although this was a relatively small group of practices, an explanation of this decline is warranted. As previously mentioned, all practices participating in the trial were required to attend an educational session on the implementation of Flex:trial “best practice” guidelines. Survey results and follow-up queries indicated that these three practices, which experienced a decline in their conversion rates, did not implement any of the suggested additions to their current hearing aid selection and fitting protocol. On the other hand, all five of the practices that experienced substantial increases in their conversion rates followed all or most of the recommended guidelines.

Results of this pilot study indicate that Flex:trial has the ability to improve conversion rates. When conversion rates are improved, the result is an increase in practice revenue, which is a by-product of helping more patients achieve improved communication with amplification. A 10-20% increase in conversion rates is likely to equate to 3 to 5 additional patients per month obtaining amplification. Using a relatively conservative average selling price of $3,600 per bilateral set of hearing aids, a practice can expect to see a monthly revenue increase of approximately $10,000 to $18,000 per month.

Based on the findings of this pilot study, practices can expect this type of revenue increase when they incorporate Flex:trial into a well-managed clinical operation that includes the following components.

Helen Keller described hearing loss as “the loss of the voice that brings language, sets thoughts astir and keeps us in the intellectual company of men.” Given the relatively poor acceptance of hearing aids by the millions of Americans who could benefit from them, the combination of motivational interviewing techniques and in-home use of Flex:trial offers the ambivalent non-user the best avenue to improved communication and a higher quality of life.

For the clinician, this combination of technology and thoughtful questioning is likely to transform the lives of more hearing-impaired individuals. 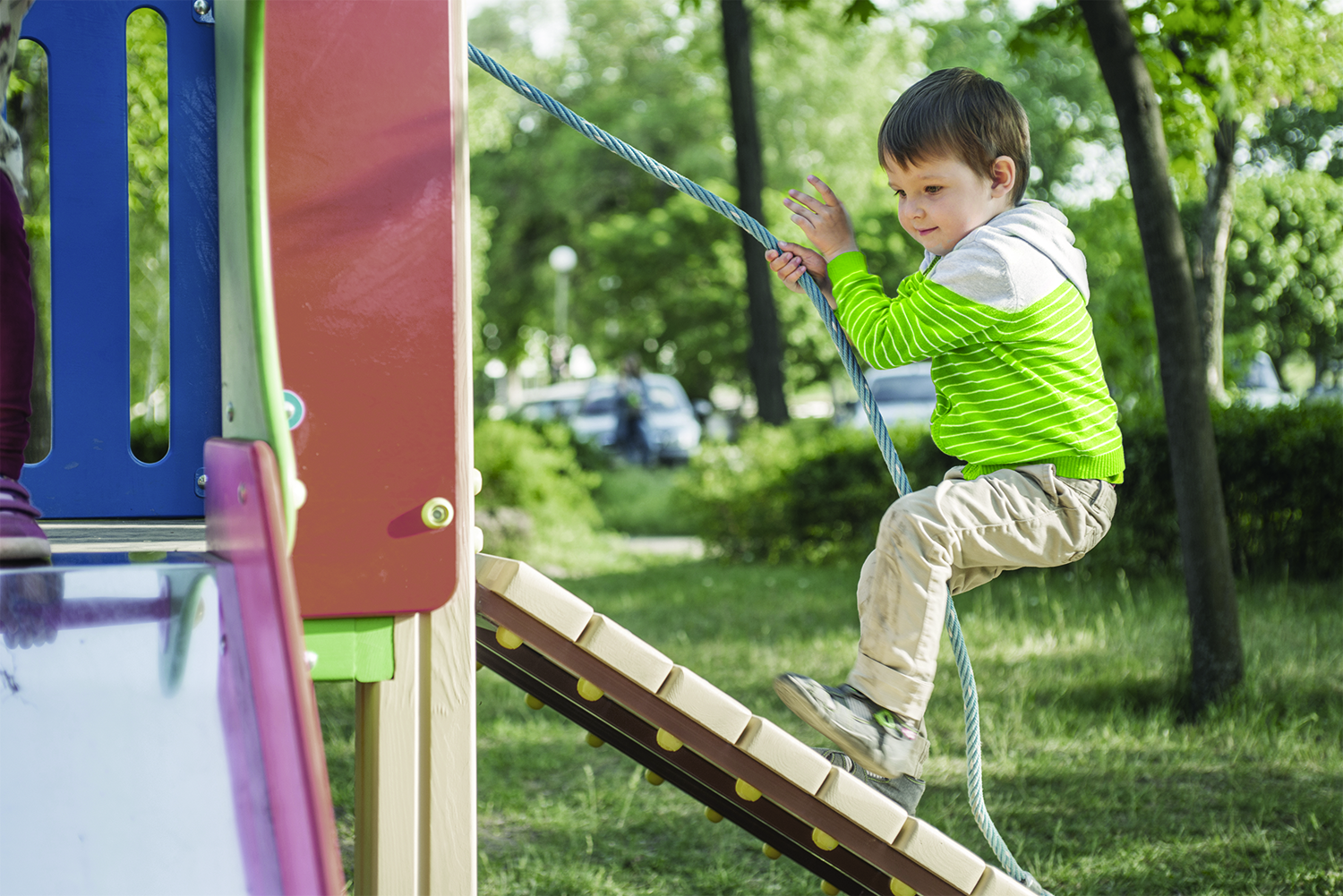 Remodel and Deduct It!