This week, the nonprofit House Ear Institute (HEI), Los Angeles, and corporate sponsor Sennheiser Electronic Corp, Old Lyme, Conn, are joining forces to promote healthy hearing and sound quality as the Sennheiser Sound Tour arrives in Los Angeles. The campaign pairing will make in-person stops on Hollywood Boulevard and on Venice Beach on July 30 and August 1, helping to educate the public about risks associated with hearing loss while introducing them to the sound of Sennheiser, says HEI.

The two have partnered before. Starting in 2006, HEI embarked on a successful educational initiative on hearing loss prevention for young audio consumers called "It’s How You Listen that Counts," which used social media avenues such as MySpace, Facebook, YouTube and Myyearbook to attract nearly 108,000 "friends,"  says HEI. This summer, Sennheiser launched its Sennheiser Sound Tour—a creative, guerrilla-marketing campaign designed to increase the German manufacturer’s brand awareness among consumers in North America, says HEI.

The Sennheiser Sound Tour will be making in-person appearances with HEI’s mascot, EarBud, at the following locations, and there will be educational materials on healthy hearing, Sennheiser headphone demos, photo ops, and plenty of promotional giveaways galore, says HEI:

July 30, between 5 pm and 7 pm at Hollywood and Highland. Meet and greet with EarBud and the Sennheiser Sound Team on Hollywood Boulevard.

August 1, at 1 pm at Venice Beach (Muscle Beach). Join EarBud® and the Sennheiser Sound Team for some fun in the sun.

Since 2006, the It’s How You Listen That Counts initiative has educated thousands of teens about preventing noise-induced hearing loss (NIHL), says HEI. The Institute’s 2006 test market campaign for the initiative resulted in a 30% increase in awareness for the importance of preventing NIHL among teens and young adult audiences, HEI says. Click here to learn more about HEI’s initiative and to access educational material, research surveys, giveaways, videos, hearing loss simulators, and an interactive quiz.

The tour consists of a "Girls Team" and a "Guys Team," each of which is comprised of  people with a broad range of backgrounds, says HEI. Throughout the tour, teams are assigned competitive tasks ranging from over-the-top outrageous to spectacularly goofy, with the ultimate goal of placing as many Sennheiser headphones on consumers’ ears as possible, says HEI. The teams interact with fans and consumers via weekly reality show-based Webisodes and through a variety of social media avenues such as Twitter and Facebook, according to HEI.

HEI is a nonprofit organization that aims to advance hearing science through research and education. HEI scientists investigate the cellular and molecular causes of hearing loss and related auditory disorders and neurological processes pertaining to the human auditory system and the brain. The researchers also explore technology advancements to improve auditory implants, hearing aids, diagnostic techniques, and rehabilitation tools.

Sennheiser is a manufacturer of microphones, headphones, and wireless transmission systems. 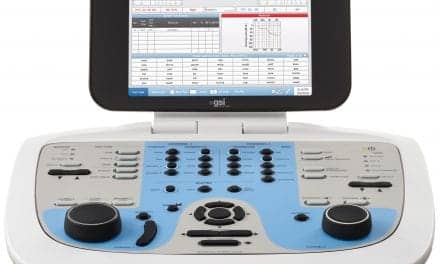