Starkey Laboratories Inc, Eden Prairie, Minn, introduces the new S Series BTE with Sweep Technology, providing a completely new way to adjust hearing aids, according to a statement released by the company. Sweep Technology replaces all of the traditional hearing aid buttons and dials with a touch surface that allows users to adjust volume up or down and change memories with the simple sweep or touch of a finger, allowing even patients with limited dexterity to easily change their hearing aid settings.

“This technology makes hearing aids both smarter and simpler,” Jerry Ruzicka, president of Starkey, said in the statement. “We have spent 3 years researching and developing a way to package this advanced touch surface technology into a hearing aid—and it paid off. Patients in our clinical trails have overwhelmingly preferred Sweep Technology to traditional controls.”

Traditional hearing aid buttons, switches, and dials are often difficult for patients to find and manipulate, said the statement. With Sweep Technology, there is no mechanical movement required for activation, no push buttons that oxidize and fail with time, and no openings around the volume control wheel that allow moisture and dirt to enter the hearing aid. The sweep surface is a single seamless control, giving patients full access to volume, memory, and standby controls.

Here’s how it works:

The new S Series BTE is a flexible option that can be fit with standard earmolds or open with thin tubing. The instrument includes Advanced HydraShield, Starkey’s proprietary moisture and corrosion protection system, and T2, giving patients the ability to adjust hearing aid volume or memories with a touch-tone phone. The instrument was designed for optimal patient acceptance, using the same design language as the award-winning S Series receiver-in-canal (RIC). 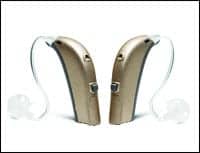 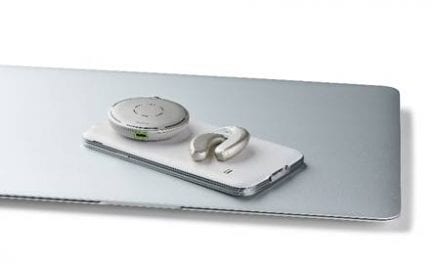