Representatives Carolyn McCarthy (D-NY)  and Vern Ehlers (R-Mich), and Senator Tom Harkin were honorary event cohosts. McCarthy and Ehlers introduced HR 1646 in March, and Harkin introduced S 1019 just prior to the event, which also marked "May is Better Hearing and Speech Month."

HIA has hosted "Hearing on the Hill" as an educational event at the start of the past five Congressional sessions.  As part of the event, HIA member CEOs and senior executives met with 81 Congressional offices to reinforce support for the measure and offered confidential hearing screenings for members of Congress and their staff.

The events focused on the bipartisan measure, which would provide a $500 tax credit for the purchase of a hearing aid with a maximum of two aids every 5 years. Hearing aids are expressly excluded from Medicare coverage and from most health insurance policies—while financial constraints are cited as a key reason why 68% of those with a hearing loss do not use hearing aids, according to the HIA. The tax credit isdesigned to address this problem, the group says.

Hearing loss affects one in 10 Americans, and is the third most common chronic health condition facing seniors. Hearing loss is also the most prevalent birth defect in the United States, affecting some 1.2 million children under 18.

HIA is the trade association of companies that manufacture hearing aids, hearing aid components, and batteries.  Its members produce the majority of the 2.5 million hearing aids purchased in the United States on an annual basis, the group says. 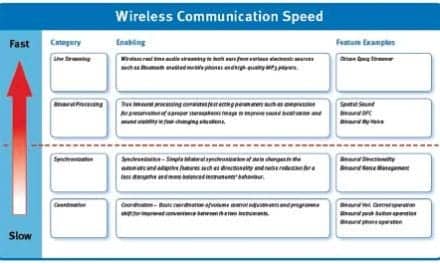