Patients with the genetic disorder von Hippel-Lindau disease may suddenly experience hearing loss because of a tumor-associated hemorrhage in the inner ear, according to a study in the July 4 issue of JAMA.

Endolymphatic sac tumors (ELSTs; tumors of the inner ear) occur sporadically but may be associated with von Hippel-Lindau disease (VHL; a genetic disease characterized by the development of blood vessel tumors in the retina of the eye and in the brain; lesions and cysts can also develop in other parts of the body). ELSTs are associated with significant dysfunction of hearing and balance, including sudden irreversible hearing loss. The mechanisms and appropriate treatments for this disorder are not well understood.

John A. Butman, MD, PhD, of the National Institutes Health, Bethesda, Md, and colleagues conducted a study, between May 1990 and December 2006, to determine the mechanisms underlying hearing loss in patients with ELSTs. Clinical findings and audiologic data were correlated with magnetic resonance imaging and computed tomography imaging studies. Thirty-five patients with von Hippel-Lindau disease and ELSTs in 38 ears were identified.

"… the most common ELST-associated clinical finding in this series was hearing loss. Sensorineural hearing loss (SNHL) occurred in 31 patients (89%) or 34 of the affected ears (89%) and was frequently moderate or profound. Other less frequent ELST-associated findings included aural [pertaining to the ear or hearing] fullness, aural pain, facial nerve weakness, and aural pain and facial nerve weakness combined," the authors write.

Intralabyrinthine (inner ear) hemorrhage was found in 11 of 14 ears with sudden SNHL but occurred in none of the 17 ears with gradual SNHL or normal hearing. Tumor size was not related to SNHL.

"Based on the relationship between the imaging and clinical findings in these patients, 3 distinct mechanisms (either alone or in combination) may account for the audiovestibular [hearing and balance] morbidity associated with ELSTs. These include direct invasion of the otic capsule [embryonic cartilage capsule that surrounds the inner ear mechanism and develops into bony tissue] by tumor, intralabyrinthine hemorrhage, and endolymphatic hydrops [recurrent vertigo accompanied by ringing in the ears and deafness]."

"Since significant audiovestibular dysfunction, including deafness, can occur suddenly in a manner that is not related to tumor size, early surgical intervention may be warranted. While this study does not address the effectiveness of surgical resection, several small operative series indicate that complete resection of ELSTs can be curative, can alleviate vestibular symptomatology, and can be performed with hearing preservation and minimal morbidity."

"Therefore, in patients with hearing and imaging evidence of an ELST, surgery may be considered after weighing its potential risks to prevent neurologic worsening or amelioration of symptoms. To intervene early, prompt diagnosis based on clinical and imaging findings is necessary. Thus, serial clinical evaluations and high-resolution MRI and CT imaging to detect small ELSTs or intralabyrinthine hemorrhage are warranted in patients with VHL," the authors conclude. 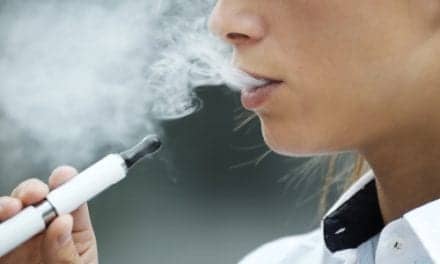 Can E-cigarettes Cause Hearing Loss?