Ann Arbor, Mich — New research at the University of Michigan Health System suggests that overexposure to noise can cause lasting changes to auditory circuitry that may lead to tinnitus.

The researchers previously demonstrated that after hearing damage, touch-sensing “somatosensory” nerves in the face and neck can become overactive, seeming to overcompensate for the loss of auditory input in a way the brain interprets as noise that isn’t really there.

The new study, which appears in the February issue of The Journal of Neuroscience, found that somatosensory neurons maintain a high level of activity following exposure to loud noise, even after hearing itself returns to normal.

The findings were made in guinea pigs, but mark an important step toward potential relief for people plagued by tinnitus, says lead investigator Susan E. Shore, PhD, of U-M’s Kresge Hearing Research Institute and a professor of otolaryngology and molecular and integrative physiology at the University of Michigan Medical School.

“The animals that developed tinnitus after a temporary loss in their hearing after loud noise exposure were the ones who had sustained increases in activity in these neural pathways,” Shore says. “In the future, it may be possible to treat tinnitus patients by dampening the hyperactivity by reprogramming these auditory-touch circuits in the brain.”

In normal hearing, a part of the brain called the dorsal cochlear nucleus is the first stop for signals arriving from the ear via the auditory nerve. But it’s also a hub where “multitasking” neurons process other sensory signals, such as touch, together with hearing information.

During hearing loss, the other sensory signals entering the dorsal cochlear nucleus are amplified, Shore’s earlier research found. This overcompensation by somatosensory neurons, which carry information about touch, vibration, skin temperature, and pain, is believed to fuel tinnitus in many cases.

The involvement of somatosensory nerves in the head and neck explains why many tinnitus sufferers can change the volume and pitch of the sound by clenching their jaw, or moving their head and neck, Shore explains.

While the new study builds on previous discoveries by Shore and her team, many aspects are new.
“This is the first research to show that, in the animals that developed tinnitus after hearing returned to normal, increased excitation from the somatosensory nerves in the head and neck continued. This dovetails with our previous research, which suggests this somatosensory excitation is a major component of tinnitus,” says Shore, who serves on the scientific advisory committee of the American Tinnitus Association.

“The better we understand the underlying causes of tinnitus, the better we’ll be able to develop new treatments,” she adds. 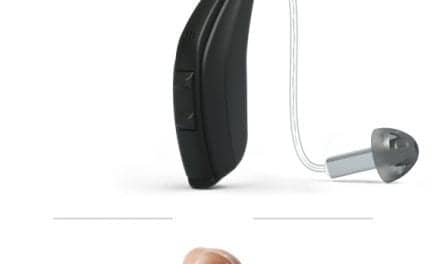