For a second year, the British Tinnitus Association is hoping to raise awareness of the prevalent condition suggested to severely affect 1 in 10 of the population. People with tinnitus have a hidden condition making it difficult for others to understand what they are going through. This year’s Tinnitus Week theme will draw attention to how many people feel isolated and unable to talk to their loved ones, friends, or colleagues about their condition.

A nationally representative hearing loss survey of 2,000 UK adults commissioned by hearing aid manufacturer Oticon, reveals just how prevalent tinnitus is and highlights the importance of recognition and education of the sometimes debilitating condition, the hearing aid manufacturer announced. An alarming 21% of respondents experience tinnitus symptoms such as ringing, buzzing, or persistent noise in the ears. Among these respondents, less than half have seen a doctor or hearing care professional about their symptoms, 25% do not think that they need to, and worryingly, almost 40% are not concerned about their overall hearing health, despite nearly half reporting that they do not have good hearing.

To underline the significance of this year’s Tinnitus Week theme of isolation, the Oticon survey reveals that the biggest effect of the widespread hearing condition is withdrawal from social situations, which 28% reported. This is followed by lack of concentration (26.4%), less alertness (25.8%), and stress (22.4%). Furthermore, two thirds experiencing tinnitus symptoms find it tiring to hear what people are saying and follow conversations in situations where there are lots of people speaking.

Alison Stone, training manager and audiologist at Oticon, says: “People with tinnitus are often more tired and can have more difficulty concentrating, especially if there is background noise in the environment. They are also more at risk of high anxiety, depression, and irritation which affects their daily quality of life a great deal. Isolation is a natural response to many of the effects of tinnitus which is why the support of friends and family is so important. We urge those with tinnitus to talk, and although there is no known cure, to explore the management options available to relieve their symptoms which could significantly minimize the impact the condition has on their life. There are trained professionals out there who understand and can help.”

Oticon’s Alison Stone advises: “We know that approximately 80% of those with hearing loss also have tinnitus, and 80% of those with tinnitus also have some form of hearing loss. It’s important to highlight that tinnitus can sometimes be a symptom of a treatable medical condition, so, if you are experiencing any tinnitus symptoms seek professional medical advice from your primary care doctor or an ENT consultant. Early intervention could make a difference.”

Tinnitus Week aims to increase awareness of tinnitus with a week of promotions that highlight the impact tinnitus can have on the lives of the many people affected. For more information about the condition visit: https://www.oticon.global/hearing/what-is-hearing/tinnitus 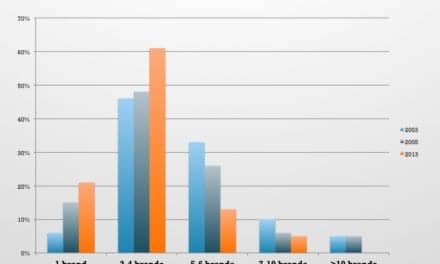