After suffering a severe inner-ear infection, he was afraid his career as a circus artist might be over. However, with the help of hearing aids from Sonova brand Phonak, Brügger has managed to put this chapter behind him and is now living his dream against all the odds. In an award-winning film, 25-year-old Brügger tells his moving story for the first time. In his capacity as an ambassador for Phonak, the aerialist will be raising awareness and giving hope to people coping with hearing loss around the world. As part of an aid project organized by Hear the World Foundation, a Sonova Group initiative, Brügger travelled to Lebanon on a mission to boost the self-confidence of disadvantaged children affected by hearing loss.

As an ambassador for Sonova’s hearing instrument brand Phonak, Brügger will be actively involved in a range of projects around the globe designed to support people with hearing loss—and this work is deeply personal for the talented circus artist. To kick off the collaboration, Sonova has shot a film portrait of the aerialist. The short film is said to illustrate the importance of Sonova’s hearing solutions for people coming to terms with hearing loss. At the International Business Film Festival (Internationale Wirtschaftsfilmtage) in Vienna, “Life Without Limitations—The story of Jason Brügger” is set to receive four awards: Let it roll!

Brügger had dreamed of being a circus artist since early childhood. Straight after graduating from high school, he left for Canada to undergo training at the National Circus School (École Nationale de Cirque), in Montreal. But then came a severe infection of his right inner ear, accompanied by hearing loss, tinnitus, and bouts of vertigo; the same condition spread to his left ear soon after.

“The doctors advised me against becoming a circus artist as I had real difficulties with my balance,” he recalls. “I felt like I was in a pot with the lid on.”

The hearing aids from Sonova brand Phonak that he has been wearing since 2015 have helped him to reach his goal, despite these obstacles.

“I can still remember putting on my hearing aids for the first time,” said Brügger. “A whole world opened up to me again. My life has changed so much since then. I really enjoy life. I do things. I’m braver. I’m part of the world once more.”

“I certainly hope that I can encourage other people to believe in themselves with my story,” said Brügger. “Even if you’ve been told something is beyond you for whatever reason, you should believe in yourself anyway, and fight for your dreams—there’s always a way to achieve what you want to do.”

Circus workshop for disadvantaged children with hearing loss in Lebanon

April 2018 in Beirut, Lebanon: at the invitation of Sonova, Brügger visited an aid project organized by the Hear the World Foundation. Syrian and Lebanese children watched the short film about his life at the Institute for Audio-Phonetic Reeducation (Institut de Rééducation Audio-Phonétique). The group is made up of Lebanese youngsters from disadvantaged families in the region and their Syrian playmates, who live in refugee camps not far from Beirut. Many of them have lost their hearing altogether as a result of war or have suffered hearing damage due to acoustic traumas (explosions). Thanks to the Hear the World Foundation’s aid project, the affected children will be able to hear again and thus (re)gain access to language. They will receive custom-fitted hearing aids and professional audiological care. To facilitate their work, the Foundation has established close relationships with local Lebanese schools for the deaf as well as with hearing care chain Houri Hearing. The project also benefits considerably from the expertise of Sonova staff who are working in Beirut on a voluntary basis. And Brügger is supporting the children’s development on-site with a circus workshop: inspired by his story, the kids learn to improve their balance through acrobatic exercises and proudly strut their stuff in front of their parents.

“We look forward to arranging further projects with Jason Brügger,” said Arnd Kaldowski, Sonova’s CEO. “His commitment as an ambassador for Sonova’s hearing instrument brand Phonak plays a key role in enabling us to realize our vision, which is all about using innovative hearing solutions to help people live a life without limitations. Jason Brügger’s circus workshop in Beirut has supported the Hear the World Foundation’s work in a very special way and has benefited a particularly deserving group of disadvantaged children—strengthening their confidence, lifting their spirits, and giving them hope. We are extremely grateful to him for this.” 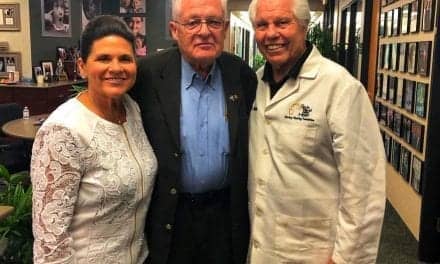