Swim To Hear is committed to raising awareness of hearing loss and educating the public about the help that is available to them. This month’s edition of Industry Insider features Amit Gosalia interviewing Swim To Hear’s president, Ryan Bullock.

As guest columnist this month for the HR Industry Insider, it is my privilege to sit down and interview what I believe to be one of our profession’s most motivated and innovative young audiologists, Ryan Bullock. As a third-year doctoral student, he became president of the Student Academy of Audiology (SAA), presenting at the opening of the 2011 American Academy of Audiology (AAA) AudiologyNOW! convention with his famous (or perhaps infamous) Geico commercial impression. He went on to complete his fourth year residency at the Tennessee Valley Healthcare System working at the Nashville VA, Alvin C. York VA, and Vanderbilt University. He is currently employed with Audigy Group.

Ryan and I talked during dinner at a local Indian restaurant, Abhiruchi, in Vancouver, Wash.

Amit: Ryan, thank you for taking time out of your schedule to meet with me today. First time eating Indian food?

Ryan: Absolutely. I’m in your hands. Just goes to show how much I trust you!

Amit: So, tell us what attracted you to the profession of audiology?

Ryan: Audiology was something I stumbled on, as do most people. During the time at my undergrad, swimming, I had to pick a major. I had no idea what to do and had interest in many majors. My mother

Ryan Bullock of Swim to Hearstudied CSD at Iowa and suggested audiology could be a good fit for me. I researched audiology and began taking intro classes, which were heavily centered around speech. Taking into account salaries and length of time for school, I also began researching medical schools. During my med school classes—and still pursuing audiology—I completed my 4 years of eligibility.

The idea of becoming a physician was appealing. However, while employed at a golf course during the summer, I witnessed first-hand a man having a brain aneurism and dying on the course. Basically, that was the moment I decided that I would go into audiology instead of medicine.

Amit: You joined the Student Academy of Audiology in 2008 locally, and then became its president in 2010. Weren’t you busy enough learning about dead regions, fundamental frequencies, and worrying about fourth-year placements? Why spend your hard-earned free time talking to other students about audiology?

Ryan: I realized that, if this is going to be my future profession, I wanted to get as involved on every level as possible, and the student organizations seemed like the right track to get involved. SAA has become the premiere audiology student organization.

Amit: Do you see a rise in student leadership or are students, in general, just too busy to get involved?

Ryan: I see a rise in leadership. It’s fun to watch students get exposed to the issues facing audiology, and their excitement is contagious. I wish we could present more opportunities to more students to be excited about our profession.

Amit: Okay, I am assuming you’re starting to sweat because of the spicy Indian food… How about we move on to swimming. I heard your father was an Olympic-caliber swimmer in New Zealand? 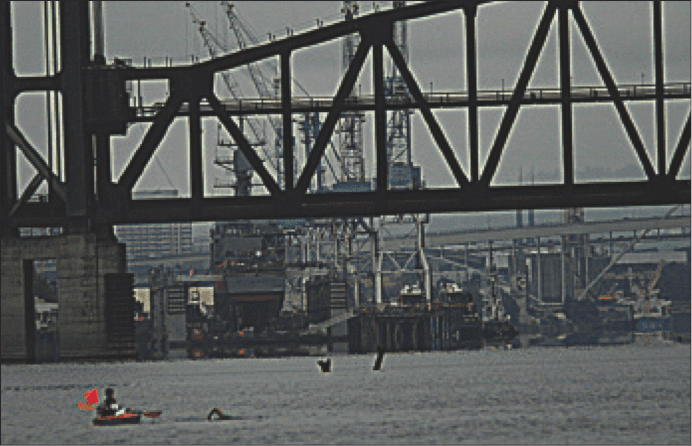 Ryan Bullock swims to create awareness for hearing healthcare as part of his nonprofit organization, Swim To Hear. See a video of the swim by clicking here.

Ryan: Yes, he set the national record and barely missed the 1976 Montreal Olympics.

Bullock: I swam in undergrad. As I continued to swim in grad school, I would compete in meets across the state, and people would ask me, “What are you doing these days?” I would tell them that I’m in school to be an audiologist. I would notice that they had no idea what I was talking about.

So, I learned that, in order to teach people about audiology, I had to first educate them about hearing loss, and then explain what audiology was. I found myself doing this over and over, and becoming effective in relaying this message. This gave me an idea: What if I created a mechanism to use swimming as a medium to help promote this message?

I can only be so effective as an individual; however, by enlisting the help of others, we can promote audiology in a way that it has never been promoted before.

Amit: What are you hoping to achieve by swimming for Swim To Hear?

Ryan: Each swim presents an opportunity to educate those around us. The more notable the swim, the

greater impact we can make.

Amit: Why swim for hearing loss awareness? Why not “Beer Pong to Silence Tinnitus” or “Quidditch for BPPV awareness”?

Amit: How many people are involved in the organization?

Ryan: We have five board members and three ambassadors, and I am one of each. We are currently looking for audiologists, associations, and corporate sponsors to lend a hand—or fin.

Ryan: Supposedly, the sharks that do inhabit that area are not “man-eating.” Due to the murky water, all I could see was my hands! I cannot confirm or deny the presence of sharks [laughing].

Amit: On July 22, 2012, you competed in the Portland [Oregon] Bridge Swim, using Swim To Hear as your platform. Warmer waters—I heard around 70°. You won the 11-mile swim down the Willamette River by a long shot; I know, as I was there along with a couple of audiologists and a few fans from Audigy Group to witness it. When they presented you with the first place plaque, the organizers were astonished at your time. How did you do it?

Ryan: One mile at a time…one stroke at a time. Occasionally, I would count my strokes. Overall, it took roughly 11,000 strokes.

Amit: That’s a lot of counting. Where do you go from here?

Ryan: That was the longest swim to date, which gives me the confidence to know that I can complete some of the major long-distance open water swims throughout the world.

Amit: Where do you see Swim To Hear in 5 years?

Ryan: Hopefully, Good Morning America! I’d like to enlist Olympians and swimmers of all talents in promoting this global message. Also, it would be nice to begin performing public services, such as hearing screenings at these events.

Ryan: It’s hard to know. I started this only a year ago. The acceptance and the support I’ve received have been overwhelming. So I don’t know. It’s a ride that I enjoy being on and seeing where it takes me, as I enjoy combining my passion with my profession to help people.

Amit: [smiling] I know you and I were all-in to swim the English Channel, but the Olympics got in the way….Jokes aside, can audiologists swim with you, or in their own community, to help the Swim To Hear organization?

Ryan: Absolutely. I’m always looking for someone to swim Alcatraz with me. If people want to help promote the message, I encourage them to visit our Web site to obtain a swim-cap for a donation, and go out within your community and Swim To Hear. I have an initiative on the Web site called “Who’s Swimming To Hear?” Talk to people about hearing loss and educate the public about hearing loss.

Amit: What can hearing care professionals who are non-competitive swimmers like me do to help?

Ryan: Tell others, spread the word.

Amit: Where do the contributions go?

Amit: Cleaned your plate. How was your first-ever Indian meal?

Ryan: Great. We should do this again! Thank you, Dr G. 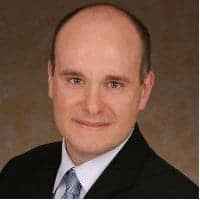