About 40 million people in the United States have from tinnitus. There isn’t a cure for what has long been a mysterious ailment, but new research suggests there may, someday, be a way to alleviate the sensation of this sound, says a neuroscientist from Georgetown University Medical Center (GUMC), Washington.

In a Perspective piece in the June 24 issue of Neuron, Josef P. Rauschecker, PhD, says that tinnitus should be thought of as a disorder akin to the "phantom pain" felt in an amputated limb.

Tinnitus starts with damage to hair cells in the cochlea of the inner ear. This damage forces neurons in the brain’s auditory areas, which normally receive input from that part of the cochlea, to become overactive to fill in the missing sound, he says. That extra, unreal noise is normally inhibited–or tuned out–by a corrective feedback loop from the brain’s limbic system to the thalamus, where all sensory information is regulated, before it reaches the cerebral cortex, where a person becomes conscious of the senses. But that doesn’t happen in tinnitus patients due to compromised brain structures in the limbic system.

"Neurons, trying to compensate for loss of an external signal, fire to produce sound that doesn’t exist in tinnitus patients, just like neurons send pain signals to someone who has lost a limb," Rauschecker said in a statement. "What both people have in common is that they have lost the feedback loops that stop these signals from reaching consciousness."

Rauschecker said this conclusion, from his research and from other leaders in the field, provides the first testable model of human tinnitus that could provide some new avenues for therapy. "If we can find a way to turn that feedback system back on to eliminate phantom sound, it might be possible one day to take a pill and make tinnitus go away," he said.

Rauschecker collaborated with coauthors Amber Leaver, PhD, a researcher in his laboratory, and Mark Mühlau, a neurologist from the Technische Universität in Munich, Germany.

Tinnitus can be caused by damage to hair cells from a loud noise or from neurotoxicity from medications, he noted, but more often than not, it is associated with hearing loss in some frequencies that commonly occurs as people grow older. And given that the world is becoming noisier and the population is aging in the United States, incidence of tinnitus, which is already the most common auditory disorder in humans, is expected to increase even more, researchers say.

Adding to that increase are the rapidly mounting cases of tinnitus in soldiers due to loud explosions, Rauschecker says. "According to the Veterans Administration, tinnitus and post-traumatic stress disorder are the leading medical complaints," he said.

Research into tinnitus has become much more sophisticated of late, and is changing the common understanding of the disorder, Rauschecker said. "It has long been thought, and still is believed by many today, that tinnitus is a problem only of damaged hair cells in the inner ear, and if those hair cells are restored, tinnitus goes away," he added.

The latest research suggests that while tinnitus may initially arise from such peripheral damage, it becomes a problem in the brain’s central auditory pathways, which reorganizes itself in response to that damage, he said.

Recent animal models have corroborated this explanation he said, but have not provided a conclusive answer to the location and nature of these central changes. That has led neuroscientists to employ a whole-brain imaging approach, utilizing neurophysiological and functional imaging studies, to visualize various regions of hyperactivity in the auditory pathways of tinnitus patients.

The model that Rauschecker and his coauthors now propose, is that receptors in the auditory region of the brain that do not any longer perceive sensory input from damaged hair cells compensate by firing spontaneously and frequently, producing the initial tinnitus signals.

"Like phantom pain, the firing of central neurons in the brain continues to convey perceptual experiences, even though the corresponding sensory receptor cells have been destroyed," he said. "The brain fills in sensations in response to a deficit of input. Neighboring frequencies become amplified and expand into the vacated frequency range. It also happens to people with a hole in their retina. They don’t see the hole because the brain fills in what is missing."

Imaging studies further show hyperactivity not only in auditory pathways of the cortex and thalamus but also in the nonauditory, limbic brain structures that regulate a number of functions including emotion. This limbic activation has been interpreted to reflect the emotional reaction of tinnitus patients to phantom sound, but research has now shown the limbic region normally blocks sound sensations sent from the auditory region that are not real. It does this by feeding sensations of sound that are not real back to a brain area in the thalamus (the thalamic reticular nucleus) that exerts inhibition on the sensory signals and can thus subtract the errant noise.

"This circuit serves as an active noise-cancelation mechanism–a feedback loop that subtracts sounds that should not be there," said Rauschecker. "But in cases where the limbic regions become dysfunctional, this noise-cancelation breaks down and the tinnitus signal permeates to the auditory cortex, where it enters consciousness."

Researchers have also found evidence that this inhibiting gating mechanism can be switched on and off, which explains why some tinnitus patients have a ringing sensation intermittently.

It remains unclear, however, why some individuals who have hearing loss do not develop tinnitus. Given that some people with tinnitus seem to be more susceptible to other disorders like chronic pain and depression, it could be that they have an independent, systemic vulnerability in one or more neurotransmitter systems in the limbic region," Rauschecker said. "That could explain why drugs that modulate neurotransmitters like serotonin appear to help some people out."

Insomnia is also linked to tinnitus, and not because ringing in the ears keeps patients awake, Rauschecker says. "Insomnia may cause tinnitus, and both may be related to serotonin depletion," he says. "It appears tinnitus is the auditory symptom of an underlying syndrome, which becomes evident in patients who happen to have a hearing loss," he said.

Therefore, identification of the transmitter systems involved in the brain’s intrinsic noise cancellation system could open avenues for drug treatment of tinnitus, the authors say.

True Advances in Hearing Aid Technology: What Are They and Where’s the Proof? – January 2013 Hearing Review 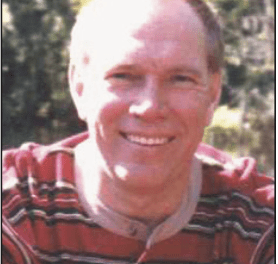 Tinnitus Evaluation and Treatment, Hyperacusis, and More: An Interview with Richard Tyler, PhD