Auris Medical has announced that enrollment has been completed for the first of two stages in its TACTT1 phase II clinical trial with AM-101 for the treatment of acute inner ear tinnitus.

A total of 40 patients were enrolled in the study and received either AM-101 at 0.81 mg/mL or placebo in a single dose intratympanic injection. The study recruited patients suffering from tinnitus following acute noise trauma, otitis media, inner ear barotrauma or middle ear surgery not more than 3 months ago.

The purpose of the TACTT1 study is to further evaluate the optimum dosing regimen for AM-101, as well as to generate additional safety and pharmacokinetic data. It is being conducted in the USA, Belgium, Germany, and Poland.

It’s been hypothesized that the upregulation of N-methyl-D-aspartate (NMDA) receptors induced by cochlear excitotoxicity is responsible for aberrant excitation of auditory nerve fibers, which is perceived as tinnitus.

Auris Medical’s AM-101 contains a small molecule that selectively blocks NMDA receptors. Emerging evidence suggests that these receptors in the cochlea play a major role in the occurrence of tinnitus following inner ear excitotoxicity, which is characterized by excessive synaptic release of glutamate, the principal neurotransmitter in the auditory system.

In the second stage of the study, a dosing regimen comprising three intratympanic injections over 2 weeks will be tested. Enrollment for the TACTT1 study is expected to be concluded before the end of 2012. 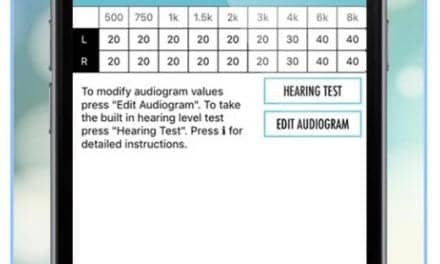