Using mutant zebra fish, researchers studying the earliest formation of cartilage of the mouth believe they may have discovered a mechanism involved in a genetic defect linked to Fraser syndrome deafness in humans.

Reporting in the August issue of the journal Development, researchers at the University of Oregon’s Institute of Neuroscience have identified a potential developmental pathway worthy of more scrutiny in future research into Fraser syndrome, a many-faceted and rare recessive genetic disease. In humans, a mutation in the gene FRAS1, which plays a role in skin epithelial formation during early development, has been linked to Fraser syndrome. A comparable version of the gene, fras1, in zebra fish is required for stable skeletal formation.

mutant zebra fish, focusing on an endodermal pouch (known as p1), which in humans forms the Eustachian tube.

The newly seen component, researchers wrote, is a fras1-dependent “endodermal outpocket” and was referred to in the paper as a late-p1. “If this homology can be taken as a guide, then endodermal pouching defects might underlie some ear defects in Fraser patients,” the researchers concluded.

To test that idea, the researchers in the lab of Charles B. Kimmel, professor emeritus of biology, added healthy epithelia tissue from wild-type zebra fish, into fras1-mutant embryos. Doing so allowed for normal facial development in the mutants.

“To my knowledge, the connection between skeletal development and Fraser syndrome deafness has not yet been made in mammals,” Talbot said. “The literature has been largely mute as to why skeletal defects are found in fras1 mutants; this is what made it an interesting topic to study, but it does make a direct zebrafish-human connection more difficult to make. We believe that the middle ear and Eustachian tube are the homologous structures to what we’re studying in zebra fish.”

The scientists also learned that zebrafish fras1 acts in tissues homologous to the human ear canal to sculpt tissues homologous to the human middle ear. Talbot said, “To our knowledge, the shape of middle ear bones has not been studied in Fraser syndrome patients, nor has the Eustachian tube. We suggest that these tissues in human Fraser patients may prove highly fruitful.” 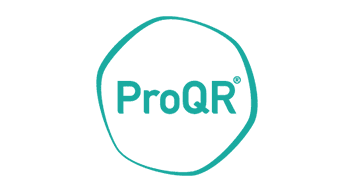