Cure for Childhood Hearing Loss Could Be in the Nose

New South Wales, Australia — A new study out of Australia shows evidence that patients with sensorineural

hearing loss could benefit from a transplant of stem cells from their nose.

One of the study authors, Dr Sharon Oleskevich of the Hearing Research Group at the University of New South Wales, commented in the press announcement that finding a cure for sensorineural hearing loss is challenging because the regenerative ability of the human cochlea is severely limited. However, scientists have long conjectured that transplantation of cells from other parts of the body could treat, prevent, or even reverse hearing loss by replacing the damaged cochlea cells and enhancing the survival of existing cells.

To investigate the potential effects of a stem cell transplant treatment, the researchers turned to mice, which display a similar decline in hearing function following infancy.

The mice hearing levels were examined using the auditory brainstem response (ABR) assay. For one group, stem cells from the nose of mice were injected into mice displaying symptoms of hearing loss. A month later, mice that received the transplanted cells were compared to mice that had not received the treatment. The ABR test revealed that the hearing threshold level in the stem cell-transplanted mice was significantly lower than that in the control group.

“The results demonstrate a significant effect of nasal stem cell transplantations for sensorineural hearing loss,” concluded Oleskevich. “These cells can be obtained easily from the nasal cavity making this transplantation a potential treatment for other human conditions including Parkinson’s disease and cardiac infarction.” 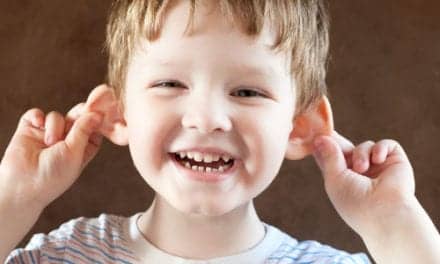 Support for Universal Hearing Screening of Infants in Canada