There may be a natural tendency for dispensing professionals to recoil at the idea of a tuning fork test; it seems dusty and archaic in the face of all of our excellent electronic screening options. However, two tuning fork tests—the Rinne and Weber—have stood the test of time and retain their importance for clinicians in diagnosing hearing loss. Here is a review of the tests and how to interpret their results.

Prior to the introduction of electronic audiological testing equipment, clinicians relied heavily on tuning fork tests (TFT) along with some other rudimentary tests, such as the “Whisper Voice.” Even with all of the electronic and computerized test equipment available today, TFTs play a critical role as an adjunct for clinicians to determine the type of hearing loss in patients.

Although some of the TFTs have lost their value, two tests—the Weber and Rinne—have stood the test of time and are still important for clinicians in diagnosing hearing loss. In this paper, we review the basic principles involved in the use, theory, and interpretation of the Rinne and the Weber. We will also provide a discussion of how to interpret the results, as well as the AC and BC phenomenon that determines the various results seen with these two tests.

In the 100 years prior to the use of electronic diagnostic equipment, clinicians evaluating hearing and ear pathology relied heavily upon TFT.1-6 While some clinicians point out that there is a poor statistical correlation between tuning fork tests and audiometric tests,7 others have viewed the use of TFTs as being an important adjunct to audiometric testing.4 In an earlier paper, we pointed out some of the potential errors that can result from relying on modern audiometric equipment by itself.8

C. Michael Hall, AuD, is a clinical audiologist who lives in Walnut Creek, Calif, and is now retired from private practice. Carl Croutch, AuD, is an audiologist at Kaiser Permanente Hearing Center in Daly City, Calif.

Tonndorf and others10-12 have pointed out the important contribution that TFTs make for clinicians in developing their otologic diagnosis. Although there are quite a few TFTs that were developed prior to the widespread use of audiometers, TFTs other than the Weber and Rinne are not of the same clinical value they were prior to the introduction of audiometers and immittance bridges. Therefore, only the Rinne and the Weber tests will be examined in this article.

Tonndorf and colleagues11,12 offered the most detailed and complete explanations of how bone conduction (BC) works. They stated that “The cochlear response to stimulation by bone conducted vibrations is made up in a rather complex manner.” They went on to say that there are four major bone-conduction components:

The components that appear to make a minor contribution to bone conduction are:

Tonndorf12 comments, “All three anatomical parts of the ear, the outer ear canal, the middle ear, and the inner ear, contribute independently to bone conduction [transmission].” He went on in a later paper11 to further clarify his theory of bone conduction.

Tonndorf stated that 500 Hz and 1000 Hz are the frequencies that are most affected by middle ear inertia.10 With the Rinne test, at frequencies above 1000 Hz, the air-bone gap has to be larger in order to observe the fork being louder behind the ear compared to at the opening of the meatus. He and other researchers did an excellent job explaining the rationale for 512 Hz and 1024 Hz as the preferred frequencies for administering the Weber and Rinne.

Many clinicians use 200 Hz or 500 Hz as the test frequencies for TFTs. The rationale for using lower frequencies is that the tuning fork is more subtle in terms of identifying conductive hearing loss at these frequencies. For example, at frequencies 2 to 3 octaves lower than 2000 Hz, an air-bone gap one-half or less the size than at 2000 Hz is typically needed to indicate a conductive loss. When middle ear pathologies are present, there is an increase in impedance at the footplate and oval window, which create in- and out-of-phase traveling waves in the cochlea.

Clinically speaking, we know quite a lot about tuning fork tests; however, the mechanisms explaining the interaction of the components can be confusing. The factors that explain why the fork lateralizes to the ear with a conductive pathology when the other ear is normal or has some degree of sensorineural hearing loss are the same four primary factors previously noted for BC: middle ear inertia, middle ear compliance, inner ear compression, and round window release. The effect of all of these various components results in producing in-phase and out-of-phase traveling waves in the cochlea.11 The in-phase condition results in an increase in amplitude, which creates a perception that the Weber is louder in the ear with the middle ear pathology. When the middle ears are normal, the Weber lateralizes to the better cochlea simply because it is the better-hearing ear.

The Weber and Rinne should be administered at a BC level of 40 to 50 dB HTL (hearing threshold level) using a bone oscillator at 500 Hz or 1000 Hz.11 When a tuning fork or bone oscillator is overdriven and made so loud it deviates from its fundamental frequency, it will produce distortion.

It should be noted that it is common to use the term 512 Hz and 1024 Hz when referring to a tuning fork test. Technically, 500 Hz means a 500 Hz tone via the audiometer’s bone oscillator, while 512 Hz is the tuning fork frequency. The tests results will be the same whether a tuning fork or a bone oscillator is used.

In the Weber test, the tuning fork tines are set into vibration and the stem of the fork is pressed against the middle of the forehead. A useful method of recording the results of TFT is shown in Figure 1 where the Latin origin of these letters is defined. The tuning fork will not lateralize if both ears are normal. This would be reported as the patient hearing it at the forehead midline (^). The patient will report they either cannot tell if it is louder in one ear or the other, or will report hearing it at their forehead.

The Rinne Test is much easier to explain and understand. The tuning fork tines are put into vibration in the same manner as when conducting the Weber Test. The stem is placed on the mastoid prominence on one side, and then transferred to the opening of the same ear while keeping the tuning fork from actually touching the patient’s ear. Normally, we instruct the patient that they will hear two sounds: one at the bone behind their ear and the other in their ear. They are cautioned not to think about what the correct answer should be, but to merely say whether number 1 (mastoid prominence) or number 2 (the opening of the ear) is louder.

The results of both TFTs are reported as shown in Figures 2 and 3. For the Rinne, if the fork is louder at the mastoid in both ears, it is reported: Rinne B/C> A/C AU. Looking at Figure 1 will acquaint the reader to a quick and easy method to report TFT results. The symbols are medically accepted abbreviations, and the interpretation should be clear.

In administering tuning fork tests, we have found that patients have no difficulty reporting their observations to the clinician. Even a young verbal child is usually reliable. When conducting the Rinne, where there is a 30 dB or more difference between ears, it is advised to mask the better ear when conducting the test. If the patient’s hearing loss is severe, the clinician may rely on sign signals such as having the patient hold up one or two fingers to indicate which sound is the loudest. However, in a severe loss with no conductive component present, it is unlikely the tuning fork will be heard.

This paper was written with the intention of communicating to hearing care clinicians an explanation of two tuning fork tests, the Weber and Rinne. These tests, in our opinion, offer support to more modern audiometric tests in assisting all professionals involved in administering hearing tests.

The Weber and Rinne can be administered and communicated in only a few minutes and can be valuable in assisting hearing care professionals in interpreting and verifying their own test results. This may be useful, for example, in cases of conductive hearing loss with normal tympanograms where an air-bone gap is present on the audiogram, but the patient does not have otitis media.

Correspondence can be addressed to HR or C. Michael Hall at , or Carl Croutch, AuD, at . 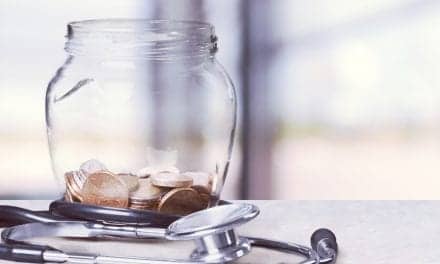 Vision Benefits of America Partners with Your Hearing Network 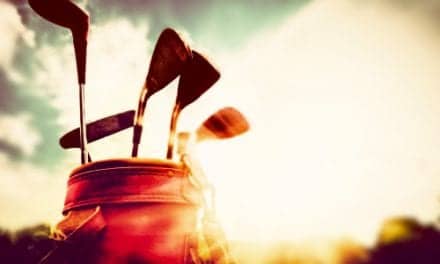