The Academy of Doctors of Audiology (ADA) has filed a lawsuit against the International Hearing Society (IHS) seeking an injunction against the IHS “Tinnitus Care Provider Certificate.” The complaint was filed October 28 in the US District Court for the Eastern District of Michigan in Detroit, near where IHS is located in Livonia, Mich.

In the lawsuit, ADA contends that the new certificate is wrongfully being issued by IHS “to persons not legally permitted or professionally competent to provide such care” and exceeds hearing aid specialists’ scope of practice. ADA also contends in the complaint that the issuance of the certificate to hearing aid dealers will result in false or misleading advertising in violation of the federal Lanham Act and similar Michigan law. Hearing aid specialists, according to ADA, are only legally permitted to provide tinnitus care in North Carolina. “Thus, other than as to those few dealers, the Certificate will falsely communicate to the public that the dealer holding it is legally allowed to provide tinnitus care,” said ADA in a correspondence to its members.

The Academy went on to say that the certificate falsely communicates to the public that the hearing aid specialist holding it is professionally competent to provide tinnitus care: “The treatment of tinnitus is complex, evolving and potentially risky to patients. Only medical doctors and audiologists have the knowledge, training and experience to treat tinnitus properly. Hearing aid dealers, many with no more than a high school education, are not professionally competent to provide such care.??”

“ADA could not stand back and do nothing to prevent IHS from issuing its new Tinnitus Care Certificate to hearing aid dealers,” said ADA President Rita R. Chaiken in the statement about the lawsuit. “ADA considers the most important part of its mission to be the protection of the public in hearing health care. Tinnitus sufferers should not be deceived into believing that hearing aid dealers can legally and competently provide them with care. The IHS Certificate will unfortunately do just that. ADA had no choice but to act to stop this injustice from happening.”

“ADA communicated with the presenter of the IHS program, Richard Tyler, PhD, seeking his cooperation in preventing the Certificate from being issued to hearing aid dealers,” said ADA Executive Director Stephanie Czuhajewski, CAE. “We received no response. ADA had no alternative but to seek an injunction in court.”

IHS declined to comment for this story. However, people familiar with the IHS certificate program say that Dr Tyler had approached audiology organizations regarding the development of a certificate but was rebuffed.

The Tinnitus Care Provider Certificate Program curriculum focuses on tinnitus patient care involving the physiology, psychology, measurement, and management of the condition, and also covers establishing a tinnitus practice, according to IHS. Workshop attendees are to receive numerous counseling strategies to combat the difficulties of dealing with tinnitus. IHS is scheduled to launch its first certificate program on December 2-3, 2016 at the Orlando Airport Marriott Lakeside in Orlando, Fla. The 2-day workshop for hearing care professionals is based on a curriculum developed specifically by IHS in collaboration with Dr Tyler and an oversight committee of industry experts. IHS reportedly built the program following the guidelines of the Institute for Credentialing Excellence (ICE) Assessment-based Certificate Accreditation Program (ACAP).

Supporters of the certificate maintain that, even within current audiology academic programs, there remains a need for more practical training about tinnitus remediation, and most dispensing audiologists could also benefit from a tinnitus certification program. They also contend that, from a practical standpoint, few (if any) hearing aid specialists actually wish to “specialize” in tinnitus remediation; their business models would not support in-depth tinnitus services. Rather, most of those interested in the certification wish to provide better help for patients with tinnitus while making appropriate medical referrals for those patients with persistent severe or debilitating tinnitus.

ADA and IHS have tangled on several issues in the past year, and relations between the two organizations deteriorated to a point where they canceled plans for their Unison joint convention that had been scheduled for August. (ADA will hold its AuDACITY convention next week in San Diego.) Other points of disagreement have included the new IHS Certification for National Guidelines for Apprenticeship Standards for the occupation of Hearing Aid Specialists (HAS), ADA and IntriCon founding the hearing aid manufacturing company EarVenture LLC, the IHS “Fit to Serve” initiative, as well as several of the issues detailed in the PCAST recommendations.

HR's Annual “How To” Section! 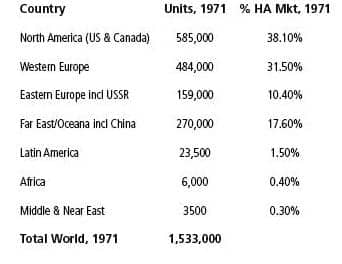