1) Children with auditory processing problems have difficulty in the temporal processing of auditory stimuli, and these difficulties can hinder their acquisition of speech, language, and reading;

2) Older individuals can also have temporal processing deficits which can affect their ability to understand speech and to benefit from amplification.

The following provides information about the various aspects of temporal processing that have been reported in the literature. It should be noted that there is considerable overlap across the various measures. (Editor’s Note: Part 2, “Temporal Processing, Hearing Loss, and Amplification,” will appear in the June issue of HR.)

Temporal Resolution
Temporal resolution generally refers to the lower limits of the auditory system to resolve time, and can be measured by:

Gap detection: For humans, to detect a brief gap between two stimuli, a minimum time-gap is necessary. Otherwise, the two stimuli will be perceived as one stimulus.

Within-channel gap detection threshold: This is the minimum time necessary to detect gaps between sounds that have the same spectrum (eg, a 1000 Hz tone before and after the gap).1,2

Across-channel gap detection threshold: This is the minimum time necessary to detect gaps between sounds that are spectrally dissimilar (eg, tone and noise) or sounds that are presented to two ears.1,3

Temporal asynchrony discrimination: In temporal asynchrony discrimination testing, a standard asynchronous stimulus can be created by linearly delaying successive components of a complex stimulus. Another asynchronous comparison stimulus is created by altering the temporal position of a single component in the complex relative to its temporal position in the standard stimulus.9 The listener’s task is to discriminate between the standard and the comparison stimulus.

Temporal Ordering
Temporal ordering refers to our ability to perceive a sequence of sounds.

Temporal order threshold: This is the minimum time-gap between sound sequences necessary to correctly perceive the order of incoming stimuli (eg, click-tone-tone). This time-gap is generally larger than the gap necessary to just perceive that there is a gap between two sounds1 and depends on the number of stimuli in the sequence of items to be judged.

Precedence Effect
The precedence effect (also known as the principle of the first wave-front) relates to how a signal that precedes subsequent signals (eg, echoes) dominates our perception of that sound.27 In other words, the auditory system suppresses signals that occur within about 40 ms after the earlier arriving sound, provided that the later occurring signals are softer than the original signal.

Temporal Masking
Temporal masking refers to the ability of one sound to mask another sound that precedes and/or follows it.12,13 Thus, temporal masking can be considered in three ways:

Forward masking: The masker is presented, then the signal is presented after a brief time-delay.

Backward masking: The masker follows the signal after a brief time interval.

Combined backward and forward masking: The signal is separated briefly in time by a masker that precedes it and another masker that follows it.

Temporal Integration or Temporal Summation
Temporal integration refers to the ability of the auditory system to add up information over time or over duration up to a critical duration.

Temporal summation at auditory thresholds:
Temporal summation due to increase in stimulus-duration: Auditory thresholds can improve with increases in the duration of the stimulus.14,15 For example, if an individual has a threshold of 15 dB for a stimulus lasting 20 ms, the thresholds may be 10 dB better (5 dB) for a stimulus that is 200 ms long. The ear appears to integrate power over an integration time frame of about 200 ms. Thus, auditory thresholds do not improve substantially with increases in stimulus-duration beyond 200 ms. Note that, if the stimulus duration is too long (eg, 2 min), the thresholds can become worse. This is referred to as adaptation.

Temporal summation due to increase in stimulus-rate: Auditory thresholds can also improve due to increases in stimulus rates.16,17 This is partially due to the fact that, at higher rates, more stimuli are presented within a short period. Thus, more energy is added over time in faster repetition. Such improvement in thresholds may also be related to neural facilitation. In addition, at relatively low stimulus rates (1 to 4 per second), thresholds may also improve due to more opportunities to detect the stimulus16 (eg, stimuli presented at a rate of 4 per second, have a better chance for detection than stimuli presented at a rate of 1 per second).

Reverberant speech: Speech reverberates when the original spoken message is mixed with reflections of the message from surrounding surfaces such as walls, floors, etc. This can cause distortion of the speech signal due to the temporal smearing.

Speech in competing background: Speech often occurs in noise, which may result in temporal masking in addition to direct masking of the signal. Processing of such stimuli also requires temporal segregation of the speech and the competing signal.

Temporally jittered speech: In this case the speech is jittered by varying the timing of the various segments of the speech sound-file. More specifically, the sequence of amplitude values in the sound-file is changed by shifting them slightly earlier or later in the sequence.26 This type of speech attempts to simulate neural asynchrony or the inability of auditory neurons to fire in a synchronous fashion to a single phase of the incoming stimuli. In contrast, neural synchrony, or phase locking, is the normal characteristic of auditory nerve fibers to synchronously fire during one phase of the stimulus. The temporal jitter is only applied to the low frequency components of the speech signal since phase-locking is most prominent in the lower frequencies.

Binaural Temporal Processing
Binaural temporal processing requires the processing of stimuli over time by both ears. For this type of processing to occur stimuli presented to two ears must be compared at some central location in the auditory system.

Between-ears (across channel) gap detection: This is the ability to detect gaps between sounds that are being presented to two ears.

Between-ears temporal order judgment: This is the ability to correctly judge the order of sounds being presented at two ears.

Sound localization: Our ability to determine the direction of sound is partially dependent on the differences in the arrival time of the sound at the two ears. For example, we perceive the sound as coming from the left side if the sound arrives sooner at the left ear when compared to the right ear. Our ability to encode such interaural time differences diminishes with increasing frequency. However, the localization of complex sounds is also dependent on temporal cues. Temporal cues are available at high frequencies in such complex sounds due to the interaural delays in the amplitude envelopes of these sounds.

Time-intensity trade: The lateralized image of a signal arriving earlier in time at one ear can be brought back to a center location by making the later-arriving signal at the other ear louder. For example, if a signal is presented earlier to the left ear as compared to the right ear, the sound image is perceived in the left ear. This effect can be cancelled by making the late-arriving sound to the right ear louder than that presented to the left ear. Thus, in this case the advantage of the earlier arriving signal can be traded off by making the sound louder in the other ear.28 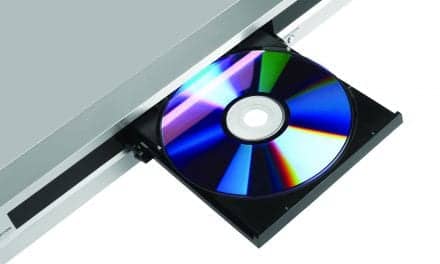 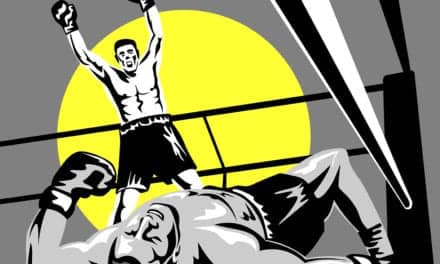 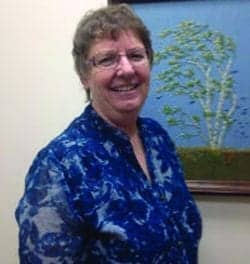